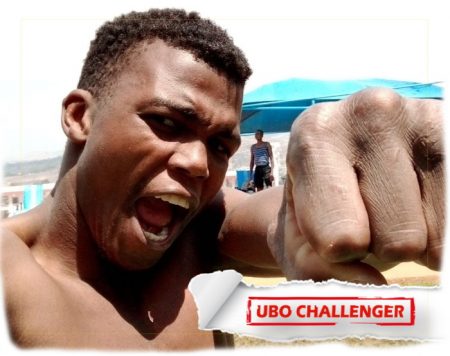 Unfortunately record-keeping in certain African countries still leaves a lot to be desired, even in 2022, so its hard to say what the exact pro record of Universal Boxing Organization™ (UBO) title-challenger Hannock Phiri from Malawi is.

When he fought Cosmas Cheka (24-13-6) for the UBO International Lightweight title on September 13, 2020 in Tanzania, his statistics were reportedly 10-1 (9), while only two bouts, both wins, had found their way to BoxRec.

Only twenty-two years old at the time, and the reigning Malawian national champion, he did very well against the much more experienced Cheka, a former UBO World Super Featherweight Champion, but lost a disputed split decision and fell to 10-2 (9).

Since then, Phiri (24) has boxed at least three times according to BoxRec, and proved himself in a big way as one of the most promising youngsters fighting out of Africa.

In April of 2021, back in Tanzania, he captured the World Boxing Federation (WBF) All-Africa Lightweight title with a dominant ninth round stoppage of local man Yona Segu (19-10-2).

Six months after that, also in Tanzania, he fought former UBO World Lightweight Champion Salimu Jengo (16-4) to a draw over ten rounds, and six weeks later he stopped compatriot Byson Gwayani (12-7) in seven on home soil in Lilongwe, Malawi.

Now a Super Lightweight, his record should be 12-2-1 (11) if previous reports are accurate. But it could be even better, if additional bouts were not reported properly to BoxRec.

Its not crazy to suggest that Hannock Phiri will make some noise in years to come, no matter what his actual pro record currently is.