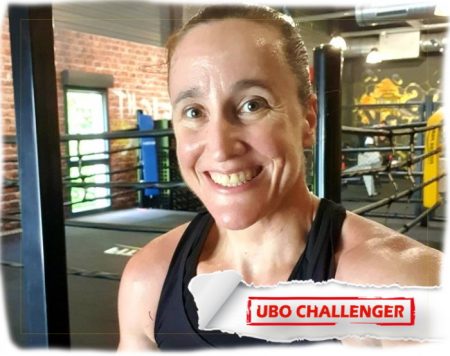 Making her pro debut at 35 years old in May of 2011, she lost her first three bouts but then won the French national Lightweight title in her fourth outing.

After five more victories, including two successful defences of the French title, she lost on points for the IBO World Super Lightweight title in December 2016 to Svetlana Kulakova in Russia.

At the beginning of 2019, Vicot´s record was a mediocre 9-5 (2), but she had proven to be world class, so when she was matched with Germany´s Alicia Melina Kummer (12-1, 8 KOs) for the vacant UBO World Super Lightweight title in March, it was considered a 50-50 match-up by many.

And what a fight it was! In Kummer´s birth-town, Buchholz, Vicot gave the local girl all she could handle in a real barn-burner which turned out to be the 2019 UBO Fight of the Year.

In February of 2020 she came up short in a challenge for the WBO World title, losing on points to Christina Linardatou in her first fight in North America.

Now 14-8 (2), Vicot has since fought four times in Mexico, retaining her GBU and WIBF world championships twice, most recently this past March, and at forty-six years of age she is still on top of her game.