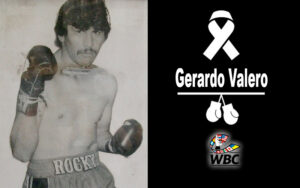 Former Mexican national heavyweight champion Gerardo Valero Martínez, who was nicknamed “Rocky” was yet another fatality from Covid-19, yesterday in Tijuana.

Valero became Baja California’s first champion on May 30, 1986, defeating Mauricio Villegas on points after 12 rounds, in a fight held in Tijuana. Six months later Villegas recovered the crown in the same way.

Before that, Valero had contested the light heavyweight title against David “Macetón” Cabrera, who defeated him by unanimous decision in a battle held in Ciudad Nezahualcóyotl, State of Mexico. This happened on December 15, 1985.