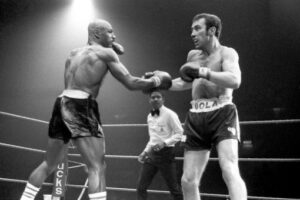 Minter (39-9, 23 KO’s) won the middleweight crown from Vito Antuofermo in 1980, defending the title and losing it to Marvin Hagler the same year.

Minter last fought in 1981 losing to Tony Sibson in an European title fight.

May he rest in peace.