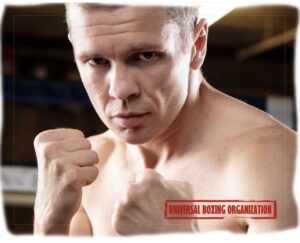 At the Buckhead Fightclub, Foreman will take on Jimmy “Quiet Storm” Williams (17-5-2, 6 KOs) in the main event of a show labelled “Underground Showdown”.

A pro since 2002, Foreman (40) won the WBA World Super Welterweight title by defeating Daniel Santos in one of the co-featured bouts of the Manny Pacquiao vs. Miguel Cotto card in Las Vegas in November of 2009.

He lost the title to Cotto, a Puerto Rican icon, the following year, when an injured right knee played a major part in him getting stopped in nine rounds, after a brave effort in front of over twenty thousand fans at Yankee Stadium in New York.

In 2017 Foreman, an Israeli national born in Belarus and based in Brooklyn, New York since 1999, came up short against WBA and IBO World Champion Erislandy Lara, and it appeared that his chance to regain former glory had come and gone.

But, feeling rejuvenated, he started his comeback in December of last year with a decision victory over journeyman Jeremy Ramos in Louisville, and he continues to pave the way towards becoming a two-time world champion should he defeat Williams on June 19 and capture the UBO International title.

For Williams (34), a former WBC regional titlist, this is a big opportunity to not only win another belt, but also to make a name for himself by defeating the accomplished Foreman. He too is coming off a victory, so enters the fight full of confidence that he can derail the comeback train.

Tickets for the Foreman vs. Williams UBO title fight are available HERE.