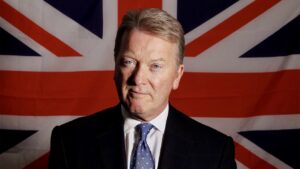 On the 31/7, light heavyweight Doc Spelman lost a unanimous decision to Lyndon Arthur. Afterwards he receives a 45-day medical suspension from the British Boxing Board of Control.

On the 22/8, heavyweight Dillian Whyte was brutally KO’d by Alexander Povetkin. Afterwards he receives a 28-day ban from the British Boxing Board of control.

Odd? Yes, and Promoter Frank Warren thinks so as well.

“Spelman was handed a 45-day medical suspension despite not being knocked out. Safety first is the way the British Boxing Board of Control should look at it so there is no problem with that. But I am astonished Spelman got 45 days when Dillian Whyte only got 28 days after his brutal knockout by Alexander Povetkin,” Warren said to The Daily Star.

“Spelman was hurt but he wasn’t completely knocked out like Whyte was when he was caught with that huge left uppercut. Whyte needed oxygen administered in the ring which shows the seriousness of the knockout. It does seem strange that his team are allowing him to push ahead with this rematch so quickly after it was announced for November 21 this week.

“I don’t blame Whyte himself, he’s a fighter and would have got back in the ring the next day to face Povetkin again if he was allowed. But it is up to the team around him to advise him and my advice would have been for a longer rest after such a heavy knockout loss. I just don’t see what the rush is because Whyte isn’t going to get a shot at the WBC heavyweight title any sooner. His February 2021 date vanished when he got knocked out and now Tyson Fury is free to make voluntary defenses for the next 12 months.”