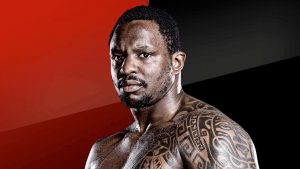 In an interview with William Hill, recently KO’ed heavyweight contender Dillian Whyte gave his opinion on the Tyson Fury vs Deontay Wilder rematch that looks headed to December 19th.

“I think Fury is going to win again,” Whyte told William Hill. “He’s beaten him twice already and I think he’s going to win again. I think it will be easier this time around. Obviously, he out-boxed him last time and he knocked him out this time, so what is Wilder going to bring?

“He can’t say ‘my punch power, my punch power’ anymore, no. He’s been dominated. Fury took your punch away from you, put you on the back foot and stopped you.

“And then Fury’s also out-boxed him in the first fight when he was rusty, so what’s Wilder going to do? He’s not all of a sudden going to become a great mid-range counter-puncher that you haven’t done for 40-something fights.”