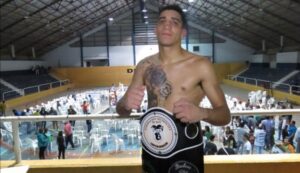 The fight will be part of an interesting card at the Club Atlético Talleres in Villa Gobernador Galvez, province of Santa Fe, Argentina.

Buonarrigo, nicknamed “El Turco”, will have the first opportunity to be crowned after a positive harvest with only one loss that broke his undefeated record on January 22nd in a split decision against countryman Durval Elias Palacio. At the age of 26 and with an interesting amateur career, El Turco will take advantage of his freshness and physical-technical conditions to win the title that will help him continue to climb up the ladder to the golden dream of every fighter.

He will face Mansilla, known as the “dangerous”, who has the experience of having already fought for championships both in his country of origin and abroad, as when in 2018 he fought in Australia against Rohan Murdock, and in 2019 when he lost to Kevin Lele Sadjo in France. Mansilla is known for being a fighter of action that at 35 years old is willing to give his all to win a belt again like on June 9th, 2018 when he won the WBO Latin Super Middleweight title, the only one of his career.

This will be the main fight of the event where former World Boxing Association champion, Juan Carlos Reveco, will also participate in a six-round bantamweight bout. Promising fights, with interesting local boxing figures, will complete Saturday night in Argentina.