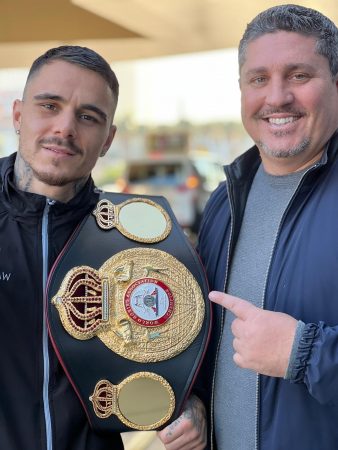 George Kambosos received a recognition belt for his great victory over Teofimo Lopez on November 27. The World Boxing Association (WBA) awarded a Centennial belt to the new lightweight champion before the Super Champion belt that will be sent to him soon.

The lightweight is one of the most outstanding of all times and has had several of the great figures in history, so the pioneer organization granted the special belt that has already been held by men such as Roberto Durán, Ray Mancini, Julio César Chávez, among others.

Kambosos has proven to be a warrior and is a worthy representative of the black and gold colors, so the WBA is proud to have him among its current champions. The Australian of Greek descent dethroned one of the strongest fighters of the moment and did it overcoming great difficulties to give an epic touch to his victory.

The undefeated Kambosos is the new king of the division and has risen to the top of the pound-for-pound charts of all the media as evidence of his great momentum.