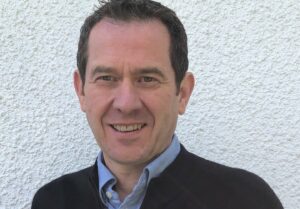 England Boxing Chief Executive Officer Gethin Jenkins has announced he will step down from his role in January.

It will bring to an end a tenure of almost five years, having been appointed in May 2017.

Jenkins, who previously worked as CEO at Cardiff City FC and Newport Gwent Dragons Regional Rugby Team, has led the organisation through a significant period of change and growth and steered England Boxing through the Covid-19 Pandemic, ensuring a safe return of recreational and competitive boxing, including the National Championships.

“With our funding confirmed for the next funding cycle, a new strategy essentially complete, a post-lockdown return to boxing and the membership numbers starting to get back up close to pre-Covid levels, it now feels like the right time to move on,” he said.

“There has been a lot of change, with many more ideas currently being progressed, especially in regards to community outreach work and the establishment of an England Boxing foundation. Now it’s time for someone else to come in and take this organisation and the sport forward.

“I would like to thank all those from the clubs, membership, volunteers, stakeholders, sponsors, board and especially the staff who have supported me during my tenure.

“Ultimately, it’s for others to judge, but I am proud of how we have developed and grown the organisation over the last few years and confident, as we come out of the pandemic, it is in a strong position to move forward and make an even bigger impact on our members’ lives and the communities in which they and ourselves deliver.”

Chairman of the England Boxing Board, Caspar Hobbs, said: “Gethin will leave us with the organisation in far better shape than when he arrived.

“During his time at the helm, he has overseen many positive changes and initiatives from where we can now continue to build and take amateur boxing forward.

“Internationally, he has also done much good work to drive reform with the world governing body AIBA as amateur boxing looks to protect its status as an Olympic sport. I would like to place on record our thanks for all his efforts during his tenure and wish him well for the future.”

England Boxing will announce the process for appointing a successor to Jenkins in due course.