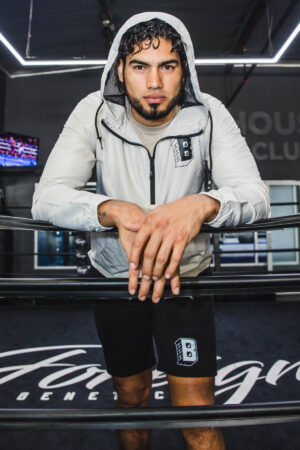 Ramirez (42-0, 28 KOs) has been matched against Yunieski “The Monster” Gonzalez (21-3, 17 KOs) on December 18 in San Antonio (TX) in the official WBA Light Heavyweight Title Eliminator to determine Bivol’s mandatory challenger.

Bivol (18-0, 11 KOs) expressed his desire to fight Ramirez before and after the latter knocked out Sullivan Barrera (22-3, 14 KOs) this past this past July. Suddenly, though, Matchroom Boxing’s Eddie Hearns claimed that Bivol would instead fight John Ryder next month in the United Kingdom, and then target WBA and WBC Super Middleweight Champion “Saul “Canelo” Alvarez (56-1-2, 38 KOs), at either 168 or 175 pounds.

“I was surprised when Bivol turned down the fight we offered because it was something I thought he wanted. I know he’s a tough warrior and aspires to be the best, which is why I was surprised. He publicly called me out and sand that he was ‘ready.’ But unfortunately, that doesn’t seem to be the case on his end. Again, in boxing, this seems like a common scenario where a fighter barks and barks, but he can’t back it up when it’s time to fight. With this fight (vs. Gonzalez) in place, Bivol has nowhere to run, and he will eventually have to face me.

“I’m not sure why Bivol thinks Canelo will face him in the near future. The probability of that happening within the next three fights is very, very low for him. Sadly, I think he’s just the cannon fodder for this scenario.”

The first Mexican to capture the World super middleweight title, “Zurdo” has waited too long to risk his first World title opportunity in the 175-pound division to look past the dangerous Gonzalez’ (21-3, 17 KOs). Ramirez and Gonzalez, respectively, are rated No. 3 and No. 4 by the WBA, and their 12-round main event will headline a Golden Boy-promoted card to be streamed live on DAZN.