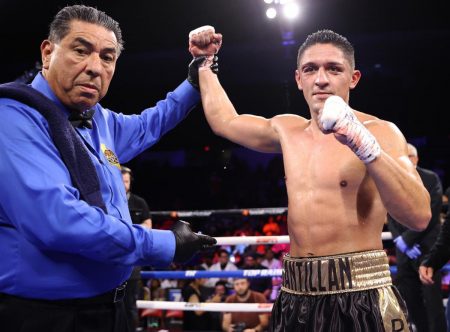 Saturday night at The Pechanga Arena in San Diego, Giovani Santillan remained undefeated and won a 10-round unanimous decision over Julio Luna in a welterweight contest.

In round two, Santillan was cut along the right side of his forehead. Santillan fought through a cut over his right eye. It was a tough fight throughout that saw Santillan push the action.

“It was a lot tougher than I expected. Luna gave me a great fight, and I am just thankful for the opportunity to fight once again in my hometown,” Santillan said.

Santillan is promoted by Top Rank and Thompson Boxing. 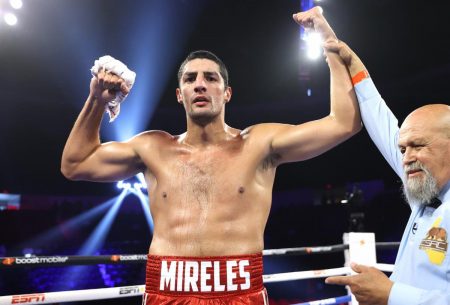 On the same card, Antonio Mireles shook off a first round knockdown to come back and stop Kaleel Carter in round two of their four-round heavyweight bout.

In round one, Charles dropped Mireles with a hard combination. In round two, Mireles landed a vicious combination that spun Carter around and the bout was stopped at 1:52.

Mireles is promoted by Top Rank.

Williams dominated the action, and the bout was stopped at 1:46 for Williams of Far Rockaway Queens, New York, who improved his record to 14-0 with nine knockouts. King of Brooklyn is 6-15-1.

Williams is promoted by DiBella Entertainment.