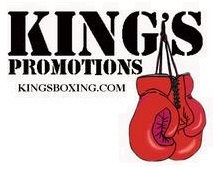 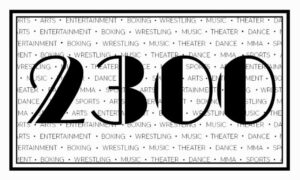 Greg Outlaw takes on Edgar Torres in Main Event on Friday, September 10th at the 2300 Arena in Philadelphia

The Return of Philly Favorite Christian Carto in The Co-Feature

King’s Promotions returns to the 2300 Arena in Philadelphia with a jam-packed night of boxing on Friday night September 10th.

In the main event, welterweight Greg Outlaw will compete against Edgar Torres in a bout scheduled for six-rounds.

Outlaw of Bowie, Maryland, has a record of 8-1 with three knockouts. The 28 year-old Outlaw is a five year-professional. Outlaw has wins over Kashon Hutchinson (2-0) and Mack Allison IV (8-1-1). Outlaw is looking to get back in the win column after suffering his first defeat, which came on June 5th against Andrew Rodgers at the 2300 Arena.

Torres of Woodbridge, Virginia, has a record of 8-1-1 with four knockouts. The 38 year-old is a 14 year-professional. Torres is coming off his first loss, when he was stopped by Hutchinson on June 5th at the 2300 Arena.

The six-round co-feature will mark the much anticipated return of popular bantamweight Christian Carto.

Carto’s opponent will be announced shortly.

Kashon Hutchinson (8-5, 2 KOs) of Reading, PA takes on an opponent to be named in a welterweight fight.

Kenny Robles (8-1, 3 KOs) of Staten Island, NY takes on an opponent to be named in a junior welterweight scrap.

Jonathan Rodriguez (9-1, 3 KOs) of Bethlehem, PA takes on an opponent to be named in a bantamweight fight.

Julian Gonzalez (1-0, 1 KO) of Reading, PA takes on an opponent to be named in a junior lightweight contest.

Bilal Quintyne (1-0, 1 KO) of Atlanta, GA fights an opponent to be named in a middleweight tussle.