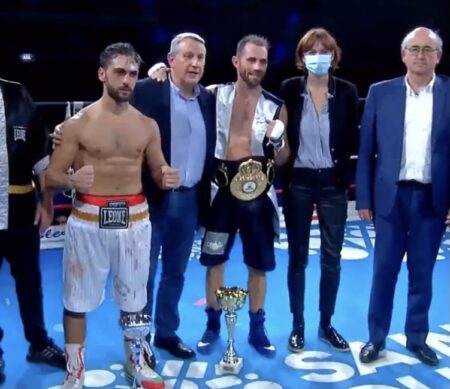 In a hard-fought and disputed fight, the local fighter came away with the victory after the judges scored the fight 97-93, 98-92 and 97-93, awarding the unanimous decision to the 38-year-old veteran.

Frenois gets an important victory after having fought in the super featherweight division for a long time and even having the opportunity to fight for a world title in that division. It was only his second fight in 135 pounds but he looked well adjusted and made a good impression in the ring.

The southpaw fighter used his tools well to make the difference and beat a brave opponent who fought hard throughout the fight but could dominate  the local fighter.

Frenois’ record improved to 49 fights won, while he has lost two fights and drawn one. He also has 12 career knockouts. Carafa dropped his record at 14 wins, 5 losses, 2 draws and 3 knockouts.