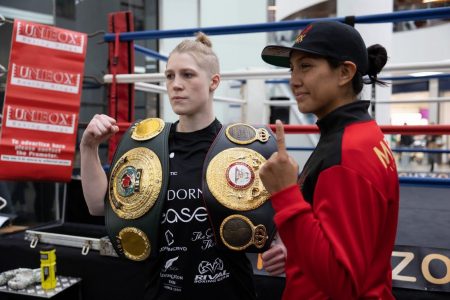 Scotland’s Hannah Rankin makes a historic defence of her WBA and IBO Super-Welterweight titles against Mexico’s Alejandra Ayala at the OVO Hydro on the 13th of May. Hannah created her own piece of Scottish history when she became the nation’s first female boxer to win a world title. She carves another unique piece of Scottish boxing history when she makes the first defence of her world titles in Scotland’s top arena. Hannah is the first female boxer to headline the OVO Hydro and this is a landmark moment for female boxing in Scotland.

In a career that began in 2017 without any amateur experience, Hannah has been the underdog. From a professional debut in a nightclub in London to travelling the world to face any challenge and force any opportunity. Every setback served as an opportunity to develop. Facing elite-level talents and former Olympians, to blazing her own trail and becoming Scotland’s history maker. This is Hannah’s Homecoming.

A fantastic ambassador for Scotland and an inspiration to a generation of female athletes looking to achieve their sporting dream is Hannah’s legacy. Headlining Scotland’s major arena is the perfect platform for this historically significant event.

Alejandra Ayala will prove a formidable opponent and travels to Scotland determined to upset the odds and create her own history. Mexico has a rich and proud boxing heritage, Alejandra is determined to join the long list of world champions and become the country’s first Super-Welterweight champion.

The undercard features a host of top Scottish talent ready to shine on the big stage and the chief support is a Commonwealth title contest as Scotland’s Nathaniel Collins (10-0) defends his title against Jacob Robinson (9-0) from Wales.

It serves as the classic ‘someone’s 0 must go’ as both men put their undefeated records on the line. Nathaniel has shown significant improvements with every performance since winning the title. Three consecutive knockout victories have established Nathaniel as one of Scotland’s top prospects and this is his breakthrough opportunity.

Jacob has a tremendous pedigree. His father Steve Robinson was the former Featherweight champion of the world, only losing his title to Prince Naseem Hamed. He takes a major step toward replicating his father’s success as he attempts to win one of the few titles that eluded his father.

Watch all of the action exclusively live on Fightzone. 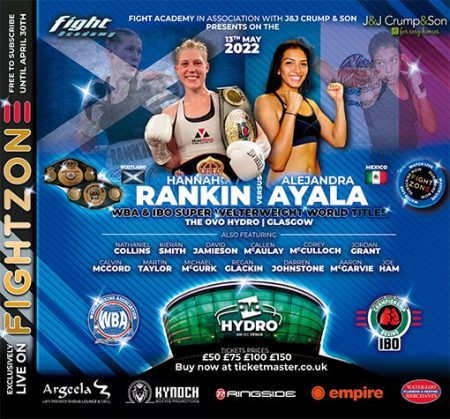 Philadelphia’s top up-and-coming fighters to battle in the ring on May 13 Final hurdle before world title for “El Zurdo De Oro”?