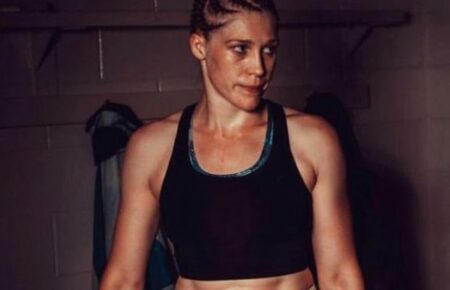 In what will undoubtedly be one of the biggest nights for women’s boxing in the UK this year, it has been revealed that Hannah Rankin will take on Maria Lindberg on November 5 for the vacant World Boxing Association (WBA) World Super Welterweight Title, live on Fightzone.

Scotland’s Rankin and Lindberg, from Sweden, will meet for the belt at Tottenham Hotspur FC’s Banqueting Hall, with Rankin bidding to become a two-weight world champion. The 30-year-old won the International Boxing Organisation (IBO) version of the belt in June 2019 before losing it a few months later in her first defence to another Swede, Patricia Berghult.

Hannah – who also doubles as a professional musician – is recognised as one of the UK, and world’s, best super welterweights. The Scot, 10-5 (2), has been in with the globe’s best fighters and come away with plenty of plaudits each time. In 2018, Rankin gave Claressa Shields ten hard rounds in an away-from-home loss in the States; while last year she pushed big-hitting Savannah Marshall all the way before succumbing to defeat inside seven.

Lindberg will be another tough ask for the Brit. Vastly more experienced, the Malmo native has lost just seven times in 29 outings, and has stopped 10 opponents. A former world champion herself having previously held the International Boxing Federation (IBF) crown, Lindberg will put it all on the line against Rankin, knowing this is possibly her last chance at the big time. The Scandinavian fighter will enter the huge contest on the back of a stoppage loss after also losing to Savannah Marshall in April after being drafted in as a last-minute substitute opponent.

Known as a ferocious trainer and consummate professional, Hannah will leave no stone unturned in the build up to the biggest night of her career as she attempts to become Scotland’s second current world champion, alongside Josh Taylor.

“It would mean everything to me to win the WBA world title,” explained Hannah. “To become a two time world champion would be a dream. The WBA is one of the ‘big four’ world titles, so to be able to take that back to Scotland is a huge goal. I want to be an inspiration to young fighters coming through, so to win another world title would be really special.

“I’m absolutely buzzing to be headlining and fighting for the world title on Fightzone. I’ve been so impressed with the set up, how the shows have been run and the great content that’s been on. There have been so many exciting fights that people wouldn’t normally get to see.  It’s great these fighters now have this platform and for me to be headlining is going to be really special. I’m very proud to be working with them.”

Promoter Dennis Hobson stated: “I’m so proud to be getting this fight on.  I’ve fallen in love with women’s boxing and want to get a world champion.  Hannah is an absolute pleasure to work with, she’s an ambassador and a role model and she’s also very talented.

“We’ve got her this opportunity; we’re building a top stable at Fight Academy and I really do believe Hannah will become our first women’s world champ.  It’s going to be a fantastic night”