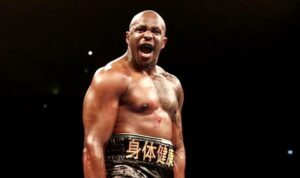 “I’ve always tried to fight David Haye, because he was the top guy at the time and obviously when you’re coming up as a young fighter, you aspire to fight the guys at the top. 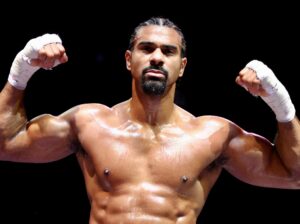 “I wanted to fight him to see how good I was and see how well I fare against him. I’ve always believed I could have beaten him. If you go back and look at my Twitter feed, I’ve been calling David Haye out for a long time. Long before he fought Bellew. When he fought Arnold Gjergjaj, I was trying to get him from then.

“He must of seen something that he thought he couldn’t beat, or maybe he knew that I’m tough and I’m strong and I’m physical, and I was hungry. When you believe you can beat someone, you know deep down you can beat someone, it makes you dangerous and you approach the fight with a different mindset and mentality, and he knows it.

“Listen, David Haye is the biggest bully in the whole of boxing. That guy has conned his way through his boxing career, ducking and dodging, and picking fights. Saying stuff and belittling people to get fights made. There’s lots of fights that he should have had that he didn’t have, even as a cruiserweight.”