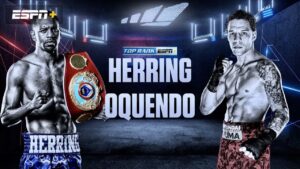 Oquendo was down via an uppercut in round three. Herring cut by a head clash which referee Tony Weeks ruled as an intentional headbutt. One point deducted from Oquendo between rounds. Herring in round eight said he couldn’t see clearly and the fight was stopped. Herring won by DQ due to the offending headbutt being ruled as intentional. 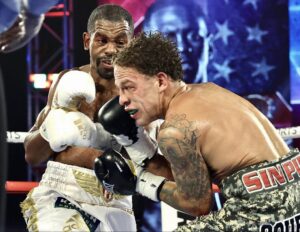 As reported in a prior post, Herring will now likely clash in November against former two-division champ Carl Frampton who was unimpressive in his bout last month.

“We knew coming in that he was going to be aggressive with the head first,” said Herring afterward. “It just kept repeating on the inside, and Tony Weeks finally caught on to it. I didn’t want it to end like that…my team felt it was too much, so we had to stop it. Whatever. 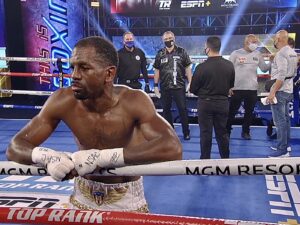 Herring added “It just got ugly. I wasn’t too satisfied with my performance, to be honest with you. In the beginning, everything was going real smooth, me boxing. I put him down with an uppercut. We knew he was going to come head-first. We had to time it. In the end, I wasn’t happy with how I was looking. I’m disappointed with the outcome. I’ve never been in that situation.” 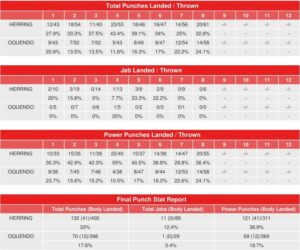 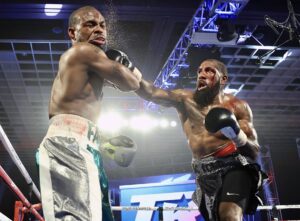 Nelson had two bad cuts over his left eye from unintentional headbutts. With concern over the cuts, Nelson upped the heat to force referee Jay Nady to halt the fight at 2:24 of round six. 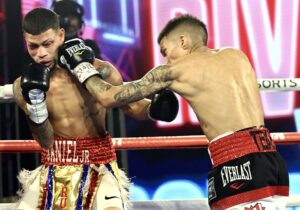 Rivera was down three times with the time of the stoppage 2:03 at a fight made at light flyweight. 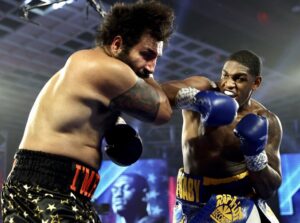 The heavyweight bout was waved off after Hernandez was dropped with the time 2:22 of round 4. 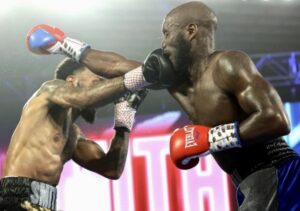 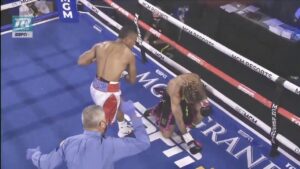 Cervera seemingly scored a knockdown in round one. This knockdown was reversed between rounds after instant replay showed it was not. Cervera proceeded to not leave it for the replay as he dispatched Oliver in round two. Time 1:42 at a fight made at junior lightweight. 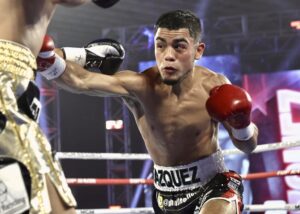 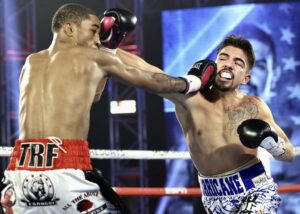