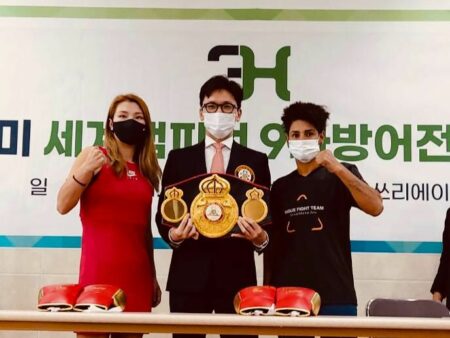 The official weigh-in for the event took place today and the champion weighed 130 pounds, while the challenger stopped the scales at 129.9 pounds, both at the limit of the division and therefore are ready and qualified to fight for the crown.

Choi is one of the longest reigning champions of the Pioneer body and when she steps into the ring she will attempt to defend her 130-pound title for the tenth time. She was also 126-pound champion in a two-fight reign that spanned from 2008 to the present.

She will meet an experienced Brazilian who has already had world title fights and has fought opponents of the caliber of Amanda Serrano. The South American has little to lose and arrives in Korea with a great opportunity on her hands.

Choi is undefeated in 18 fights, with one draw and four knockouts, while Da Silva has 17 wins and 16 losses.