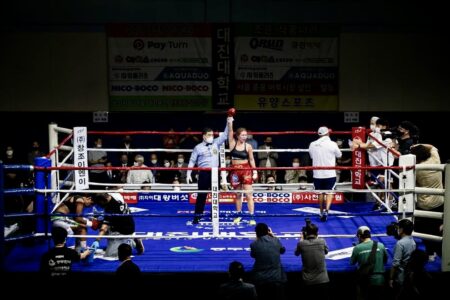 Hyun Mi Choi demonstrated why she is one of the most outstanding champions of the World Boxing Association (WBA) and made the ninth defense of her super featherweight crown this Saturday with a ninth round technical knockout against Brazilian Simone Da Silva.

The champion returned to her native country after having fought in the United States in her last bout and left a great impression in front of her people. Seoul was dressed up to welcome the champion, who gave another dominant performance and forced the referee to stop the fight in the ninth round when the South American was taking too much punishment.

Choi made the ninth defense of her title, which she won in 2014, while her reign with the pioneer organization extends since 2008 if we take into account that before that she also reigned in the featherweight division.

It was the 19th win of his career, while he is undefeated and has one draw, plus he knocked out his fifth lifetime opponent. In Da Silva’s case, he dropped his record to 17 wins and 17 losses.