“I Am Confident in My Ability to Wreck Andrade” – Liam Williams 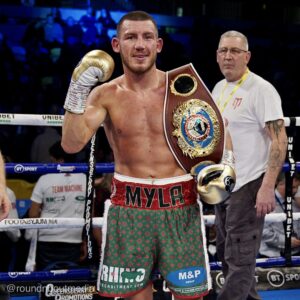 According to Liam Williams, WBO middleweight champion Demetrius Andrade is avoiding him. Andrade has been ordered to face Williams in his next defense.

Williams fights this Saturday (10th) against Andrew Robinson for the British middleweight title.

“I am confident in my ability to wreck Andrade. He says he is the most avoided man in boxing, but I am chasing him so he isn’t being avoided.

“I don’t think he wants the fight, but he can’t keep hiding. It is just a matter of time and I am sure we will get to the bottom of the situation in the next couple of weeks.

“I believe it will be Andrade after Robinson, but I don’t believe Andrade wants to fight me. I wouldn’t say he is scared of me because that is probably a bit far-fetched, but he is wary. If he got beaten by a bigger name it would be acceptable because he could earn money from other fights. I am not a fool and understand the sport, but I am low reward, high risk for Andrade.

“I want to take a world title from the champion, but I just want my opportunity and whoever it is against I will win.”