“I Know I Can Beat Him” – Joseph Parker on Dillian Whyte 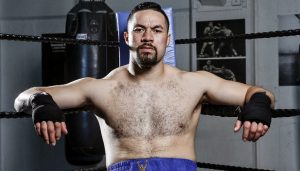 Former WBO heavyweight champion Joseph Parker would like to rematch Dillian Whyte. In 2018, Parker lost a twelve round decision to Whyte after a cautious and slow start.

“He Whyte knocked Povetkin down twice and I thought, ‘This fight’s over’, but that just shows in a fight, one punch can change everything and that’s exactly what happened. I was quite surprised, the manner that he lost, and I called him after the fight, and I said: ‘Hey, you all good?’. He answered the phone, he said he’s going to come back stronger,” Parker told Sky Sports.

“We know that he’s a driven individual, and he’s got the rematch clause. I look forward to seeing the rematch and the outcome of that. I lost to the better man [in the Whyte fight] on the day. I know I can beat him, though, so that’s why I’ve been calling for a rematch ever since, and I would love to share the ring with him again one day, because I know I could do some damage.”

After losing decisions to Anthony Joshua and Whyte, Parker needs to find his old form which saw him capture the WBO heavyweight title via majority decision against Andy Ruiz (December 2016).

Andy Ruiz is scheduled to fight Chris Arreola in late 2020. After that, how about a Parker vs Ruiz rematch?