“I Would Have Done The Same, Maybe Even Quicker” Joe Joyce on Dubois KO

After the predictable knockout win Daniel Dubois dished out to victim Ricardo Snijders, Joe Joyce was quickly brought in via video link to the BT Sport studio to give his opinion of the fight and about their upcoming fight. 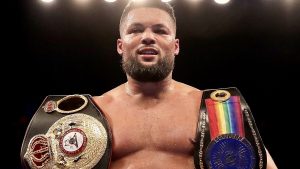 “It was something I thought Dubois would do. I thought he’d get the stoppage in round one. It was expected. It was a shame he didn’t have Pfeifer as his fight. Snijders, all credit, he came down to take a beating,” Joyce told BT Sport. 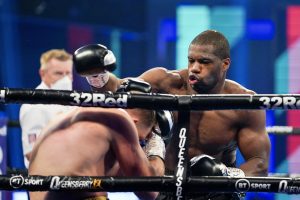 “It’s an easy day’s work. I would have done the same, maybe even quicker. Dubois is a devastating puncher. It was interesting to watch and I was ready to go in there with him. The adrenaline was running. He shows them body shots that landed nicely in his mid-section. I’d have to watch out for those shots. He’s got a great jab.

“I remember sparring him on the Team GB set up and he’s got a great jab. That’s the first thing that he will try and hit me with, knowing me he probably will hit me. There’s things for me to think of.”

What a fight it is going to be.