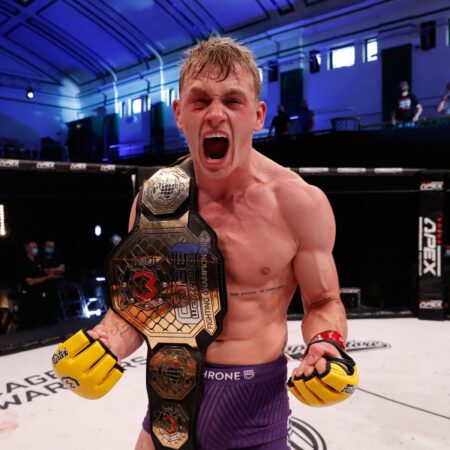 UFC rising star Ian Garry has opened up to Fair Betting Sites on how he would dismantle Jake Paul if the pair ever met in the octagon.

Garry says Paul would be making a huge and very painful mistake if he were to face him in the octagon or challenge him to a boxing match like he did with Paddy Pimblett.

Garry said: “Right. Listen to me. I would box seven shades of s**t out of Jake Paul and I would do it for free. I don’t even need to say any more about it. That’s it.

“However, if they stood into an octagon with me I would beat the s**t out of them for 14 minutes and 58 seconds. Because I would want them to know that I am better than them at what I do. You know I’d make them struggle. I’d make them not want to be there, I’d make them want to quit, and when they want to quit I’m not going to give them the option to quit. I’ll decide when I finish the fight. Let’s see what content he’s got when he’s looking scared, when he’s got that fear and anxiety. He wouldn’t want anything to do with me and I’d be like hey, you asked for this. You’ve stepped into my world. You shouldn’t have done this. Reality hits hard.”