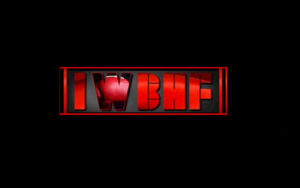 Sue Fox, founder of WBAN and the International Women’s Boxing Hall of Fame [IWBHF] announces the twelve honourees who comprise the 2021 class of the IWBHF for the upcoming event on August 14t, 2021, at the Orleans Hotel and Casino in Las Vegas, Nevada.

They will be inducted along with the 2020 and 2021 IWBHF Inductees. [IWBHF Tickets,http://www.iwbhf.com/tickets.htm]

Women’s boxing was significantly disrupted for much of 2020. Among the casualties of that turmoil was the postponement of the 2020 IWBHF induction ceremony, scheduled for this past August 29th. As a result, the 2020 inductee class will be jointly inducted, along with the 2021 honourees, on August 14, 2021.

Of the ten boxers included in the 2021 inductee class, Alicia Ashley might, likewise, be a viable candidate for the title of “grande dame” of the sport. The 48 year old veteran, over a 19 year career in the ring, has held four world titles, boxed 299 rounds, compiling a 24-12-1 record against a procession of the elite fighters in the sport. Ashley also has made clear that she fully intends to stay involved in the sport, to lasting benefit of young female athletes in the US and around the globe.

Kathy Collins will long be remembered for her May ‘01 epic bout with the then “face” of the sport, Christy Martin in Madison Square Garden, but her 14-2-4 record against the top ranked fighters in the sport testifies conclusively that Collins really  deserves IWBHF Induction.

Gina Guidi burst on the Women’s boxing scene in 1995 and in the ensuing six years compiled a sterling 16-1 record, marred only by a close loss, early in her career, to highly regarded Mary Ann Almager. Guidi chalked up wins against Britt VanBuskirk, Marsha Valley and co-2021 inductee Dora Webber.

Bonnie Mann’s path to IWBHF induction was a somewhat circuitous one, including an eight year hitch in the US Marine Corp, a gold medal amateur career and three professional world titles. She has been associated with boxing for over thirty years and in 2017 was inducted into the Marines Corp Boxing Hall of Fame.

Anne Sophie Mathis is one of the premier female boxers in the modern era of the sport. Most memorable were her two fights with Holly Holm; Mathis winning by KO and losing a return decision, both bouts in Albuquerque, NM. Her 27-4-1 record over an 11 year career, under the vigilant guidance of manager, Christel Aujoux, included encounters with every top ranked boxer in the welterweight class which, during that period, was recognized as the elite weight division in the sport.

Natasha Ragosina holds the distinction of being the longest reigning super middleweight title holder in both the WBC and the WBO. Her unbeaten record over 22 bouts include wins over tough Valerie Mahfood and Iva Weston.

Marischa Sjauw completed an eleven year ring career with an impressive 22-6-1 record having fought Ishra Girgrah, Jane Couch, Kathy Collins and Lisa Holewyne among other notable lightweight boxers. The Netherlands fighter  also annexed the WIBF super lightweight title during her her 167 rounds inside the ropes.

“Unique” barely describes Dora Webber’s boxing career. In addition to being part of boxing twins (Cora), Dora, after two professional bouts in the mid-eighties, returned to the ring twelve and a half years later and not for a “cameo” appearance. She returned against the likes of Lucia Rijker, Sumya Anani (twice) and Jane Couch.

Jo Wyman’s four year career in the ring was notable for two attributes: she moved with a flowing style rare among southpaw boxers and she was consistent in her choice of opponents, the higher up the rankings, the better. She was also at the forefront when it came to being active in supporting and advocating for her sport.

Two non-boxers are included in the 2021 IWBHF class. It is often noted that Roy Englebrecht has promoted more female bouts than any other fight promoter. Given the fact that his first distaff matchup was in December,1995 that, indeed, can probably be considered factual. He has been an outspoken supporter of Women’s boxing and a promoter of leading female fighters including Christy Martin, Holly Holm, Kelsey Jeffries and Mia St.John.

Carole Steindler is a pioneer advocate of Women’s boxing and was a driving force behind the initial publication of female rankings in Boxing Illustrated magazine. She also operated a West Coast gym that welcomed early female boxers including Lady Tyger Trimiar.

As detailed above, the August 14, 2021 Las Vegas event will be a dual induction ceremony with the 2020 IWBHF inductees entering the Hall alongside the newly elected 2021 class. The former group consists of nine modern era boxers, an outstanding pioneer boxer, a long-standing advocate of the sport and an award winning member of the media. The modern era boxers are Sharon Anyos, Michele Aboro, Lisa Brown, Jaime Clampitt, Melinda Cooper, Isra Girgrah, Kelsey Jeffries, Valerie Mahfood and Mary Ortega. The pioneer boxer is the dynamic Graciela Casillas. Mary Ann Owen is a highly praised sports photographer and longtime advocate of the sport. Shelly Williams has labored long and hard in all facets of the West Coast boxing scene in support of Women’s boxing.

We are honored that for a third year we have Jake Gutierrez of Las Vegas, Nevada, as our Master of Ceremony (MC). Jake has done an amazing job covering and interviewing inductees and guests at our IWBHF ceremonies. He has also appeared on HBO, Showtime, ESPN, BBC, TSN, Telemundo, Univision, and various Pay Per View and Satellite Networks.

9-0 Ryan Garner: “I am a Man on a Mission” Sam Eggington Clashes With Ex-Champ Carlos Molina May 22nd