“It Was a Fantastic Fight” – Sergio Martinez on His Comeback 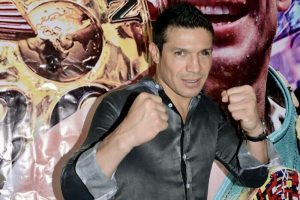 Sergio looked far better than he did in his last fight with Miguel Cotto, forcing the action from the start dropping Fandino in round six then continuing to batter Fandino for the rest of the round. In round seven, Martinez finished Fandino with a body shot to end it.

“This fight was a rebirth. A kind of debut. I was able to recover sensations and refresh my memory little by little. It was a fantastic fight,” Martinez said to Boxeo desde Adentro.

“So many years have passed since my first fight that there is little I remember. This fight was wonderful. I was able to position myself inside the ring and carry out a strategy,” Martinez added.

“The choice of the opponent was thought out. Fandino is not a boxer of extreme danger. Logically, after so many years without fighting, the idea was to go little by little and recover sensations. The first big fight to be faced is the emotional one. There is stage fright that you have to learn how to handle. I always say that emotions are the enemies of competition.

“I felt that in this fight I was able to dominate my reflexes. It has been so long since my last official fight and still I responded well. I know what I can give, I know myself and understand myself.”