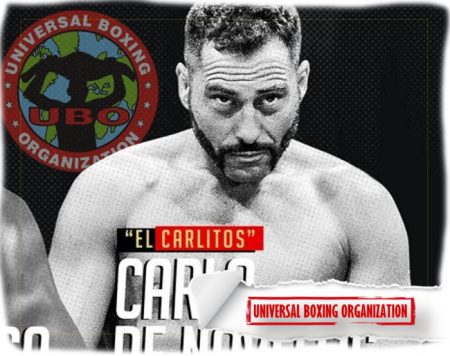 42-year-old “Carlitos” (9-4-1) is enjoying a successful second chapter of his career, coming back to the sport in 2016 after an eight-year break.

In his most recent fight, this past February, he won the Italian Middleweight title when he scored a split decision over Andrea Roncon.

Now he is going for a second championship belt to cap off what would be a great 2022 for the veteran.

His opponent will be Italy-based Albanian Xhelal Tata, who, at twenty-nine, brings a significant youth advantage.

But what he may have in freshness, Tata (3-1) is lacking in experience as he will be taking part in his first championship fight.

De Novellis vs. Tata for the UBO Mediterranean Middleweight title will be promoted by Pugilistica De Novellis.

Andy Ruiz not available to fight Tyson Fury in December Otto Wallin to Dillian Whyte: “Pick up the phone and call my team”