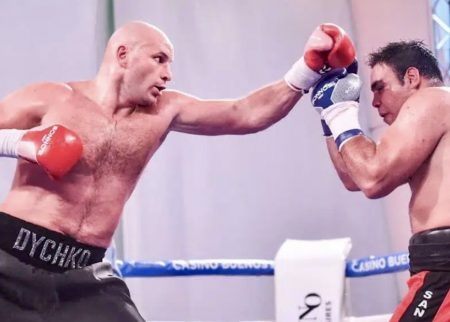 Ivan Dychko is edging closer to a shot at the world heavyweight title after being installed in the WBA rankings.

The giant Kazak is now ranked No15 in the world by the sanctioning body and ahead of his most recent win, last month, said he is now focused on landing “big fights”.

Dychko, unbeaten in 12 fights and with 11 wins by knockout, will hope the ranking will now give his career a shot in the arm and pave the way for title shots soon.

Oleksandr Uysk, who takes on Anthony Joshua in Saudi Arabia next month, is the WBA Super heavyweight champion, while Daniel Dubois is the ‘regular’ champion.

Super middleweight Tapia is No15 and has made it clear he is ready to take on the contenders above him, including former world champion Rocky Fielding.

The Mexican-Australian defended his WBA Oceania title with an eighth round TKO win in May and ‘El Tijuanero’ is now eyeing the leading fighters at 168lbs.

Leeds hero Bateson has now fought his way into the rankings at super bantamweight after picking up the Intercontinental title.

The former Great Britain amateur defeated Diego Alberto Ruiz on points in June and knew a spot in the WBA standings would be the reward.