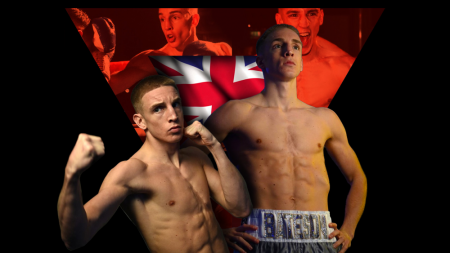 Jack Bateson wants to become a Leeds boxing legend just like world champion Josh Warrington after being announced as Probellum’s latest signing. Bateson faces the biggest test of his professional career when, on Saturday night (June 18), he squares off against Diego Alberto Ruiz over 10 rounds for the vacant WBA Intercontinental Super Bantamweight title.

A win for the 27-year-old in front of his home fans at Elland Road, should catapult the former Great Britain amateur firmly into the world rankings and with the backing of Probellum, Bateson believes victory this weekend will mark the beginning of some “big nights” in Leeds – just like the ones created by city hero Warrington.

“I am blessed to be from a city like Leeds,” Bateson said.

“Josh Warrington is a big pal of mine and we’ve all seen what he has achieved, and I know if I work hard and stay grounded then I can get to that point too.

“And it won’t be long before I’m filling out the First Direct Arena, like Josh does, but I need to get past Ruiz first.

“Saturday will hopefully be the start of some very big nights for me, and I know that the Leeds fans will get behind me, as they always have done.”

“I’ve seen Ruiz box a couple of times in the last 12-18 months and these are the sort of fights I want to be in,” Bateson buzzed.

“He’s a good fighter, as tough as they come, and Ruiz will be looking at me and thinking this isn’t anything he hasn’t seen before but, mark my words, he’s never been in the ring with anyone like me before!

“I won the English title last year and I am now ready to push on and a win on Saturday will, hopefully, get me a top 15 ranking with the WBA.”

Bateson, 16-0 as a pro, added: “Some of the guys who have won this WBA belt in the past, have gone on and won big things in the sport, including the world title.

“In the UK alone, the super bantamweight division is booming, there are a lot of big fights out there for me, and so I am excited about what is to come.”