Jake Fincham: “Jake Paul calling out Mayweather is a Joke” 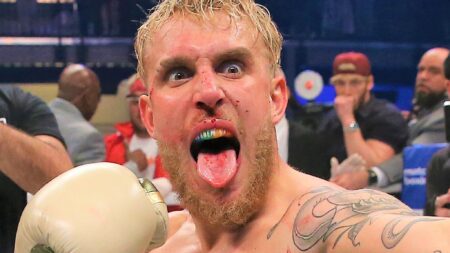 Ahead of his first professional fight in Dubai in a couple of weeks, BestofBets.com sat down with ex Love Island turned-pro boxer Jack Fincham to speak about his upcoming fight and also about Jake Paul, Fury vs. AJ amongst other things.

Jake Paul has called out Nate Diaz and Canelo Alvarez; and now also Mayweather…what are your thoughts? Or should Jake try to get the fight with Tommy Fury agreed?

Jack Fincham: “Firstly, whatever Jake Paul does is just for the money. I firmly believe he’d actually lose a fight if it was enough money in it for him to do so. Don’t get me wrong, Jake Paul has done a brilliant job with building his profile as a ‘boxer’ but at the end of the day, it’s all for show and money. The boxing is just yet another ‘project’ for him to ensure he remains in the limelight.

“And you can really tell by the people he fight…Anderson Silva, an absolute legend…but he’s considered a legend because he’s old! He’s nearly 50 whereas Jake is 24 and an absolute Duracell bunny. Also, Silva is the only person Jake has taken on that have an actual background in the sport. But the reason he did this is because Silva is twice his age, which is madness, and I’m not sure it should even be allowed.

“It was pretty obvious who was going to win that fight but it was also really obvious why the fight was happening…it was a money fight. Should Jake Paul care about building his brand and name within boxing, not just as a showman, he’d pick different fights.

“Which is very much my point when it comes to Jake now trying to get a deal with Mayweather, which, again, is ludicrous. He should stop calling out fighters twice his age and get a fight against an actual boxer. But there’s obviously a reason Jack isn’t doing this. I mean he, I honestly don’t think he’d ever fight Tommy Fury as he knows Tommy will most likely win. All the social media drama between the two of them was mainly for show and to create headlines, which worked.

“But then looking at other fighters that Jake Paul blurred out after his win against Silva. Diaz and Alvarez. These two are incredible fighters, and serious about what they’re doing; but it’d be an insult for either of them to fight Jake Paul. And this is where I’ve got a bit of an issue with Jake Paul. For him it’s just a money game and nothing else really matters – it’s all cash. He couldn’t care less about who his flights, when, where and who wins…and long as the money and publicity is on point.”

Who would you like to call out next? Tommy Fury?

Jack: “To be honest, until I’m done with the fight in Dubai, it’s irrelevant to spend too much time thinking about who to fight next. It’s one fight at the time. That being said, I wouldn’t mind starting a conversation with Tommy Fury; it’ll be a mini Love Island reunion. Tommy is a great boxer and it’d be interesting to see him back in the ring in Dubai. And who knows, perhaps there’s a conversation to be had.

“As for Jake Paul; I have very little interest fighting him. As mentioned previously, I love boxing and have dreamt about becoming a pro boxer since I was a little boy and I feel like ‘fighters’ such as Jake is almost making fun of the sport with all the social media rants and call outs. There’s no end of the names that comes out of his mouth. It’s not my thing and I don’t agree with it – I think less in more when it comes to this.

Are you looking to return to reality TV at some point?

Jack: “What I’m doing now is a dream come true. To become a pro boxer is something I dreamt of since I was a little and now, it’s happening. But the road here hasn’t been straight forward but despite some tricky times, I’m so proud of standing here now, getting ready for this fight out in Dubai.

“Regardless of what happens, I’ll definitely keep on fighting but it’s also time to get back into reality TV as that’s something I love doing. Love Island was amazing and I literally couldn’t have had a better time. It was also at the height of the show and it’ll be interesting to see what happens next with Maya Jama taking over from Laura Whitmore. I do believe she’ll do a great job but the question is how long the Love Island bug will remain intact. The worry is always that it ends up dragging as people are ready for a new concept – similar to X-Factor and Big Brother. Having said that, I’m waiting for that call for the ‘All-Stars Love Island’. I’ll be there! Perhaps that will be the time when Tommy Fury and I bring our boxing gloves!

“Love Island really made me fall in love with reality TV and I really do want to do more of it. And although I’m a terrible dancer, to do Strictly or Dancing on Ice, or both, would be an absolute dream come through. I’m ready whenever they are!!

What are you thoughts on the failed Fury vs AJ fight? Joshua has now suggested that the fight will happen at some point in the future… do you think so or is this just a way to keep fans ‘entertained’ and hopeful? Do you think these two are genuinely up for fighting each other?

Jack: “The Fury vs AJ fight is actually making me annoyed now. If you want to fight then fight but for Fury to go and on social media about whether it will happen or not is so unnecessary. I genuinely don’t think this fight will happen as, apart from the money, there’s a pointless fight to have for Fury. Why would he want to waste his time…seeing that he doesn’t need the money. Having said that, I also don’t get why he’s fighting Chisora; no one is really that interested and there are a lot better names out there that he could have gone for. The whole set up and arrangements around this fight is a bit off – I don’t get it.

“I also think it’s very strange how quiet AJ has been. Very few comments or words on the potential bout again Fury, which is all very bizarre so I feel like there’s something more to the story.

“I also wonder how serious AJ actually was about taking on Fury. Considering he’s got a couple of losses in his bag and taking on Fury is a big task and, never say never, but I doubt that AJ would win that fight. Yes – anything is possible in heavyweight boxing but equally, Fury is a machine that can take the big punches. Although AJ is an incredible boxer, he’s not close to be as hard as Fury…I don’t think anyone is to be honest.

“It’d be interesting to see Fury vs Joyce. Both fighters are made of steel but I do think Joyce may take Fury. Hopefully it’ll be on the cards in the near future.”