Jay Farrell: I carry explosive power in both hands 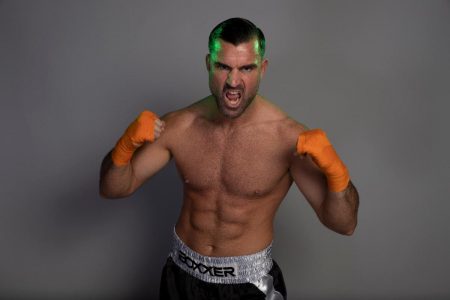 The road back to title contention leads heavy-handed Liverpool cruiserweight Jay Farrell (9-2, 5 KO’s) to Manchester next week and a slot in the eight-man BOXXER Series: Cruiserweights tournament taking place Saturday, May 14 at Manchester Victoria Warehouse.

The tournament – which will require him to win three fights in one night to emerge victorious – will be his first fight since March 2020, when he came up short in a Central Area Title firefight which saw both boxers at times get knocked down only to pick themselves up off the canvas and return to the fray with renewed ferocity.

Today, having suffered two years of enforced inactivity due to the global pandemic, Farrell sees the tournament as a route to blast his name back into the contender conversation and is confident that the BOXXER Series format of three-round fights suits his hard-hitting style.

“I carry explosive power in both hands and if I land with either it will be an early night for my opponent,” says the heavy-handed Liverpudlian, who has a 55% finish rate in his victories.

“I’ve always believed that punchers are born, not made, so a fast-paced shootout over 3 rounds is perfect for a puncher like me, but I’m a skilled boxer as well and this is my chance to showcase it.

“If anyone in this tournament is taking me lightly based on two losses on my record then they are gravely mistaken… I’ve not fought for two years but I’ve not spent any time out of the gym in that period, I’ve been sparring top class operators and former world champions like Rocky Fielding.”

Having made his professional debut in 2016 and challenged for the Central Area Title in his last fight, Farrell is at the more experienced end of the competitor pool for this BOXXER Series tournament.

But after over two years out of the ring, and two losses by stoppage in his last four fights, he might just need to win more than anyone in the tournament.

“I’ve seen all aspects of this sport: I’ve been an unbeaten prospect, I’ve rebuilt after a shock upset loss, and then I was forced out of the ring for over two years. I know what it’s like to be on the floor and pick myself up and dig deep,” he says.

“I’m an experienced fighter who’s been at it a while and I’m surrounded by experienced coaches and mentors like Derry Matthews, and I’m coming to win the whole thing.”

The victorious boxer takes the lion’s share of the prize fund for one-night tournament boxing while every boxer in the tournament has the chance to put a spotlight on himself by putting on a standout performance on the nation’s biggest sports television platform.

Promising non-stop action from start to finish, BOXXER SERIES events are touring every major city in the UK and will feature each region’s best boxing talent, rising stars and local heroes.

Tickets are available now at Boxxer.com