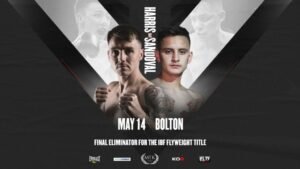 Jay Harris will take on Ricardo Sandoval in a final eliminator for the IBF flyweight title as part of a huge #MTKFightNight on Friday 14 May.

The 12-round clash will serve as the main event for what will be a stacked show at the University of Bolton Stadium in Bolton, England, and will be broadcast on ESPN+ in association with Top Rank, and worldwide on IFL TV.

Harris (18-1, 9 KOs) enjoyed a successful 12 months last year, picking up an impressive points win over Marcel Braithwaite in October, whilst also going the distance with Julio Cesar Martinez in a fantastic effort for the WBC flyweight title in February 2020.

He now turns his attention to California’s Sandoval (18-1, 13 KOs), who heads into the bout on the back of five straight knockout wins, including a seventh round stoppage victory over Raymond Tabugon in his last outing.

The winner of the bout will be the mandatory challenger for the IBF flyweight title, which is being contested later this month as Moruti Mthalane defends his belt against Sunny Edwards.

Harris vs. Sandoval is just one of several superb fights that will take place on May 14, with even more fights for the bill set to be announced in due course.

“Jay showed in 2020 that he is one of the best flyweights in the world, and now faces a tough test against Ricardo Sandoval. It’s great to be working with Golden Boy Promotions to get this fight on, and I’m convinced it’s going to be fireworks from the first bell to the last.

“We have a massive card full of big names to announce too, so keep your eyes peeled for that as it’s going to be another event that cannot be missed.” 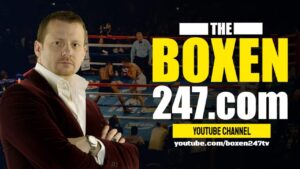