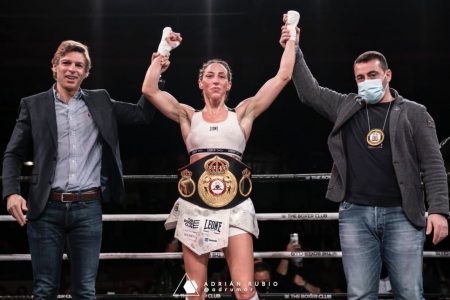 It was a close fight from the first bell. The former world champion Guanini, being the smaller, was the one who exerted constant pressure in her quest to close the gap. Something that forced Miranda to keep her attention until the end.

The 35 years old local, already had a local title and has won several medals in her amateur past. This fight was a great challenge for the boxer who has had a great fame on the screens thanks to her role in the successful series La Casa de Papel. Having already finished with this acting work, Miranda, who until then was ranked 8th in the WBA ranking, aspires to have a world title shot for 2022.