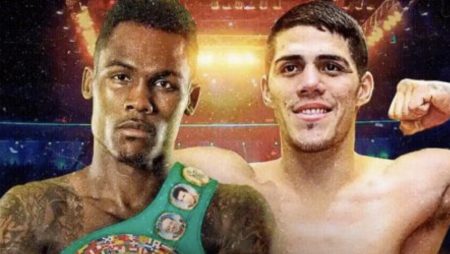 Jermell Charlo and Brian Carlos Castaño fought one of the most exciting fights of the year on July 17 at the AT&T Center in San Antonio, concluding in a draw. Judge Tim Cheatham had it 114-114, Nelson Vázquez saw Jermell win 117-111 and Steve Weinsfield scored 114-113 for Brian. Immediately after the official result was given, there was talk of the rematch, as both warriors are still determined to show who is the best fighter at 154 pounds. ESPN confirmed that the rematch is being arranged for Saturday, February 26, at the Toyota Center in Houston, Texas.

Jermell Charlo won the WBC belt in May 2016 by defeating John Jackson by knockout in the eighth round. Although he lost that title in December 2018 to Tony Harrison, he regained it a year later.

He defeated Jeison Rosario, in September 2020, wining the IBF and WBA championships by knocking him out in eight rounds. Brian Castaño became world champion in February 2021, when he defeated Brazilian Patrick Teixeira by an unanimous decision.

Round 12: 2021 What a year for Boxing it has been! World Boxing Council Night of Champions in Bangkok