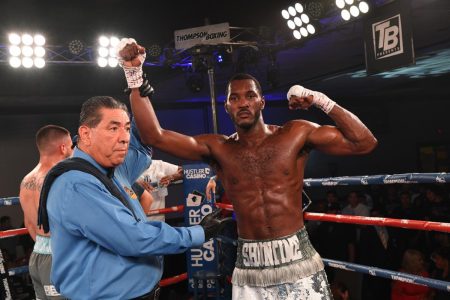 This past Friday at the Doubletree Hotel in Ontario, CA, two undefeated middleweights put everything on the line in the main event on Thompson Boxing’s “Locked ‘N Loaded” card. Joeshon James (7-0, 4 KOs) remained undefeated when he knocked out Richard Brewart Jr. (12-1, 4 KOs) in round seven of their scheduled 8-round bout.

James, who has a significant reach advantage, used his lengthy jab to set up all his power shots. After both fighters felt each other out in round one, James picked up the pace in round two as he landed left hook to the temple that hurt Brewart Jr. The fight was close after the fourth, but James landed a hard right hand to the head of Brewart Jr. in round five, sending him to the canvas. Brewart Jr. showed a lot of heart by getting up and going another round on wobbly legs. In round seven, James landed another powerful right hand to the head, sending Brewart Jr. to the canvas for the second time. This time Brewart Jr. was to hurt to continue, and his corner threw in the towel, ending the fight at the 2:37 mark of round seven.

“I made all the sacrifices needed coming into this fight and I knew I was going to come out on top,” said Joeshon James. “I didn’t want to leave any doubt with the judges fighting in his hometown, so I was determined to get the knockout. Once I hurt him early in the right, I knew it was just a matter of time before I stopped him. I want to thank my family, my coaches, for always being there for me, and Thompson Boxing for the opportunity.”

In the co-main event, featherweight Isaac Avelar (18-5, 10 KOs) scored a minor upset when he defeated Robert Meza Jr. (15-3-1, 8 KOs) by way of unanimous decision. Avelar outworked Meza for most of the fight, as he was landing more power punches. Meza showed a lot of heart but couldn’t keep Avelar off of him as the fight was chest to chest. Both fighters gave the fans a great fight, but Avelar prevailed with a gritty performance. Scorecards 77-75 twice, and 78-74 all in favor of Avelar.

Bout three of the night showcased another all-out war as local fan favorite Ruben Islas (6-1), suffered his first defeat as a pro and was upset, losing every round to Erick Garcia Benitez (3-3, 1 KO). Islas didn’t expect the fight to be so grueling, as Benitez, who made the fight rough and rugged, was landing wild overhand rights throughout the entire fight. When it was all said and done, Benitez won 60-54 on all scorecards, giving Islas his first defeat.

In the second bout of the night, a scheduled 6-rounder in the welterweight division, Esteban “Stone Hands” Muñoz (6-3, 4 KOs) and Miguel Angel Barajas (3-2, 2 KOs) went to war. Both fighters started throwing hard punches and were going toe-to-toe from the opening bell. Barajas, who came into the fight in great shape, weathered the early storm by Munoz, who took an early lead by landing the cleaner shots. Muñoz started to fade toward the later rounds and that’s when Barajas took over. Barajas kept landing his overhand right and it eventually took its toll on Muñoz. Barajas landed a solid combination flurry in the final round and the bout was stopped at the 2:37 mark of round six. The bout was even on the scorecards going into the last round.

The opening bout of the evening saw super bantamweight prospect, David “The Hitman” Salinas (3-0-1, 2 KOs) of Rialto, CA, destroy Alexis Salido (2-4, 1 KO) of Phoenix, AZ in round one of their scheduled 4-round bout. Both fighters were engaging on the inside and Salinas caught Salido with an overhand right, dropping him to the canvas. Salido couldn’t make the 8-count and the fight was stopped. Time was .50 seconds of round one. 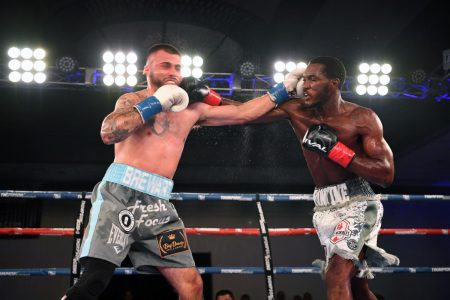 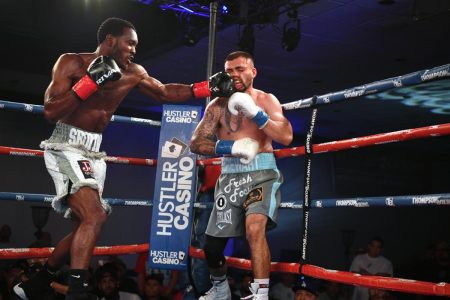 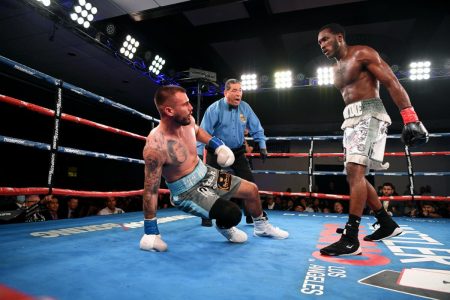 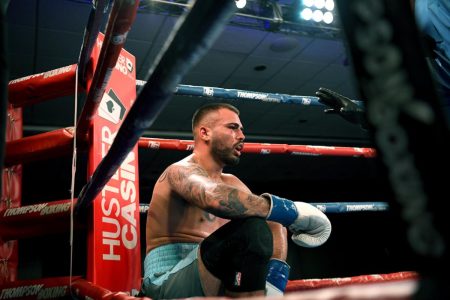 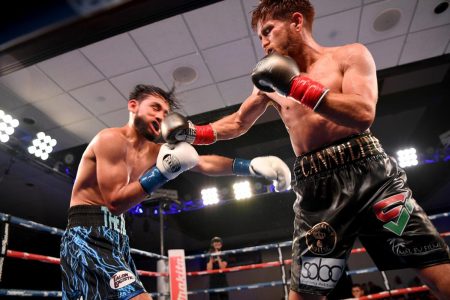 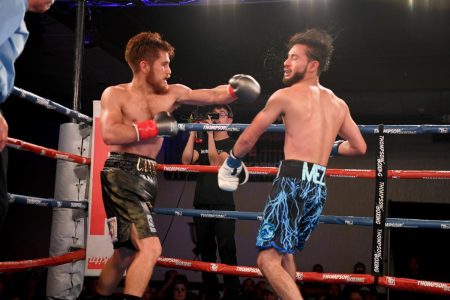 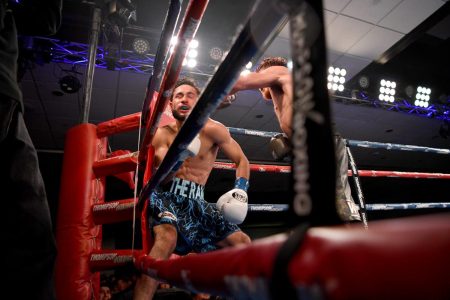 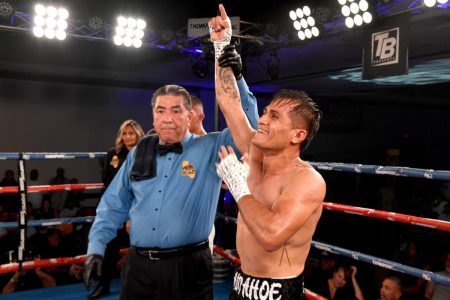 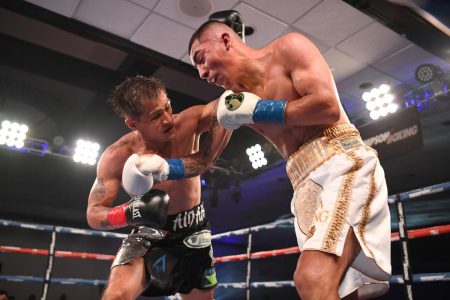 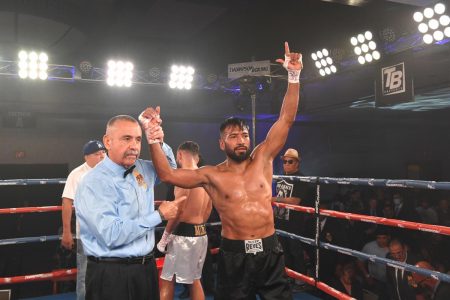 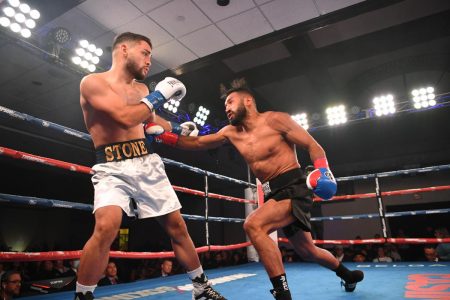 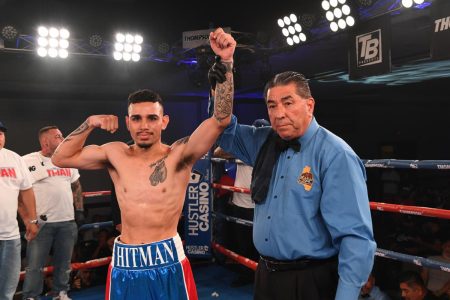 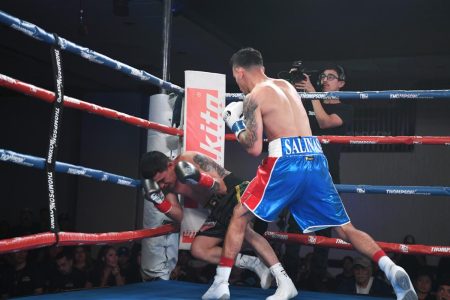