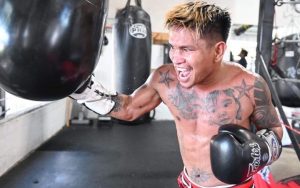 Turning professional in June of 2007, Casimero was scheduled for a unification fight against the unbeaten and pound-4-pound WBA and IBF champ Naoya Inoue but the fight was cancelled by COVID-19.

With only four losses on his record, against Ramon Garcia Hirales (2010), Moruti Mthalane (2011), Amnat Ruenroeng (2016) and Jonas Sultan (2017), he is up against it with the unbeaten “Baby Faced Terminator” Micah from Ghana.