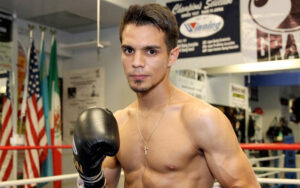 Zepeda won a dramatic seesaw thriller, by knocking out Ivan Baranchyk in the fifth round on October 9 at the MGM Grand Conference Center in Las Vegas.

That fight included eight knockdowns in total. Zepeda somehow survived two knockdowns in the first round and one knockdown each in the second and fifth rounds to resolutely defeat the brave Baranchyk towards the end of the fifth round.

Campa, 29, agreed late last year to fight Adrien Broner in a “Showtime Championship Boxing” main event on February 20 at Mohegan Sun Arena in Uncasville, Connecticut. However, one of Campa’s team members contracted COVID-19 and he was forced to withdraw from that fight in early January.

Campa is 5-0-1 since he suffered his only professional loss, a seventh round TKO against compatriot Carlos Jiménez in October 2017 in Cuernavaca, Mexico.

ESPN will broadcast the card presented by Top Rank.

Slimmer Andy Ruiz Can`t Wait to Alight in the Ring With Chris Arreola Eddy Reynoso: “Canelo’s Fight With Saunders Will be a Toughie”