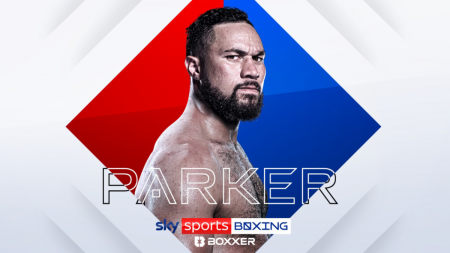 The former WBO heavyweight champion entered the professional ranks in 2012, having represented New Zealand at the 2010 Commonwealth Games and narrowly missed out on a place in the 2012 Olympic squad.

His impressive mix of technical boxing skills and knockout power quickly carried him up the rankings and into world title contention, culminating in his winning the WBO World Heavyweight Championship in 2016 and holding it for two years.

Currently ranked #4 in the world by Ring Magazine, #2 by the WBO and #3 by the WBC, Parker’s presence in the upper echelon of the heavyweight ranks has never been in dispute.

Now just 30 years old, the New Zealand power-puncher can look forward to a renewed assault at world heavyweight championships under the BOXXER and Sky Sports banner.

“This is a massive signing for BOXXER. Joe Parker is one of the best heavyweights in world boxing and we are delighted to welcome him to the team. Every ranking body has him high in their list and now he’s entering his prime, we look forward to taking him back to world title opportunities and some huge events here in the UK,” said Ben Shalom, BOXXER CEO and founder.

“In signing with Ben Shalom and BOXXER I’m excited for the next phase of my career, where I will become a two-time world champion on Sky Sports, the best TV platform in sports. I’ve had a great relationship with Sky Sports in the past, with many great fight nights against the leading British heavyweights – I’ll fight absolutely anyone put in front of me,” said Parker.

Adam Smith, Head of Boxing Development for Sky Sports, “I am absolutely thrilled that Joseph is joining the new era of Sky and BOXXER. This is a major announcement in the heavyweight division!

“I have known Joe for years – he has always brought entertainment and will fight anyone. Moreover he is a charming gentleman and is revered over on our shores just like he is in New Zealand. We will get right behind Joe as he aims to become heavyweight champion all over again!”

News of Parker’s debut for BOXXER and Sky Sports will be announced in the near future.