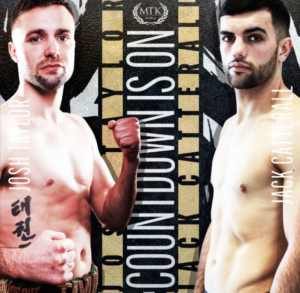 The undisputed super-lightweight world title showdown between Josh Taylor and Jack Catterall has officially been confirmed for later this year.

The two men will meet at the SSE Hydro in Glasgow on Saturday 18 December – on a Top Rank event broadcast live in the UK on Sky Sports.

Taylor (18-0, 13 KOs) became undisputed champion back in May, when he defeated Jose Ramirez by unanimous decision to add the WBC and WBO belts to his WBA and IBF collection.

The Edinburgh hero also holds wins over the likes of Regis Prograis, Ivan Baranchyk and Viktor Postol in his career, and will be hoping it is a happy homecoming later this year, as he prepares for his first fight in Scotland since May 2019.

He now has his long-awaited battle against mandatory challenger Catterall (26-0, 13 KOs) who has won a number of belts during his career, including the British, WBO Intercontinental, and WBO European super-lightweight titles.

Catterall has had plenty of success in all-British showdowns in the past, earning wins over the likes of Ohara Davies, Tyrone McKenna, Joe Hughes and Tyrone Nurse.

More news on the event will be announced in due course.