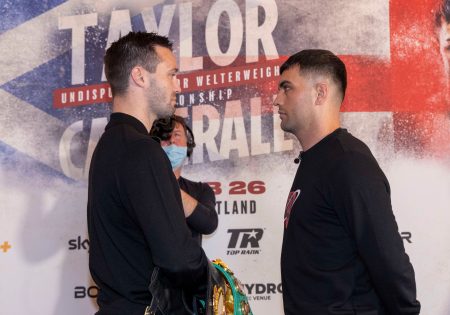 Taylor – who holds the WBA, IBF, WBC and WBO world titles – is one of only five boxers in history have ever managed to achieve undisputed world champion status in the “four-belt” era – the other four being all-time greats Bernard Hopkins, Jermaine Taylor, Terence Crawford and Oleksandr Usyk.

Taylor is the first British fighter ever to do so, which makes his meeting with mandatory challenger Catterall in February a landmark moment in British and Scottish sporting history and a deeply significant occasion for proud Scotsman Taylor.

JOSH TAYLOR
“Since I was 15 years old I dreamed of being a world champion. I’ve surpassed those dreams by becoming the UK’s first undisputed champion and the full belt holder. So it’s a massive, massive moment for me to defend these belts in Scotland against Jack Catterall.

“I’m excited to be back in Scotland. It’s the first time I’ve boxed at home in just over two years and Glasgow Hydro Arena is a cauldron, the fans make a hell of an atmosphere so I’m really looking forward to that.

“Jack Catterall is a very good fighter. He’s 26-0, he’s been knocking on the door for world titles for a couple of years now. He stepped aside to let me fight Ramirez but it wasn’t from the goodness of his heart – there was method in the madness. By stepping aside, he’s able to now get a crack at all the titles. I’ve worked my backside off to achieve these goals, beat champion after champion. This guy is getting a shot at the lottery here. It’s my job to make sure that he doesn’t get anywhere these belts – and he won’t.”

BEN DAVIDSON (Trainer, Taylor)
“Preparation preparation is key and I believe that if Josh prepares 100% and gets in the ring 100% on the night then this is a potential showcase for him, which is exactly what he’s looking for in his homecoming.

“But like any achievement you have to work for it, you have to earn it and give 100% focus and give Jack the respect he deserves. If Josh gets it right on the night it’s a potential showcase performance that propels his profile to the level it deserves to be.”

JACK CATTERALL
“To win this fight will mean the world to me and to come to Scotland and do it in front of Josh’s own fans I think adds energy to the fight, so I’m just excited to get up there and take all these belts back down to England. Josh has seen all the styles there is, but he’s never fought Jack Catterall. I believe on my day I can beat Josh.”

NIGEL TRAVIS (Trainer, Catterall)
“Jack’s very special. We know that the battle ahead is going to be tough but I feel that Jack has the style to undo Josh Taylor. Obviously he’s got a fantastic achievement [in becoming unified champion]. It’s our job to undo that and we believe we can do it. I don’t think we’ve seen the best of Jack Catterall yet.” 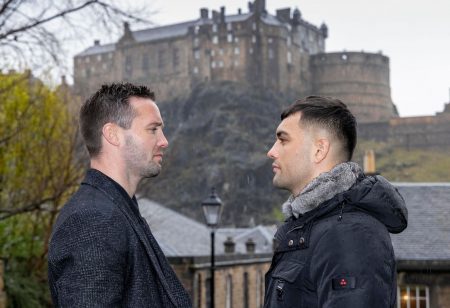 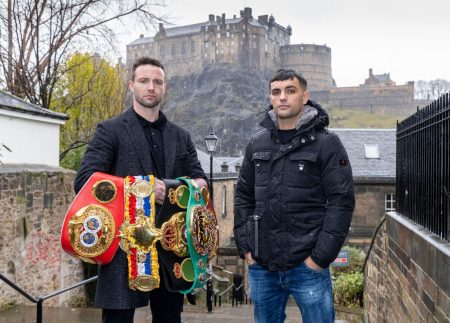 England Boxing National Amateur Championships quarter/semi-finals Agyarko: I always have bad intentions when I step through the ropes