Joshuah Lupia returns to headline at Rebel on December 18 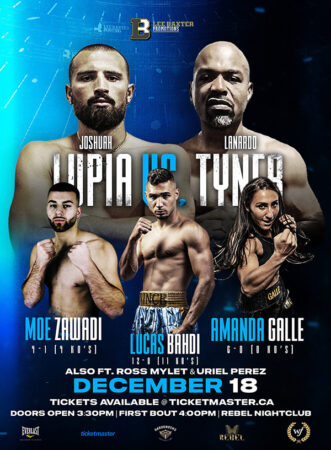 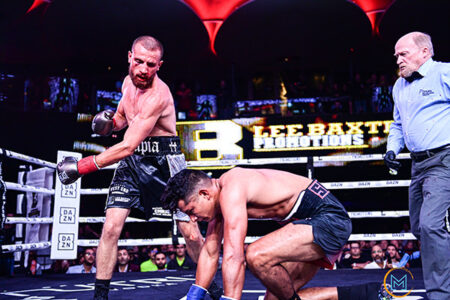 Josh Lupia, an undefeated prospect from Niagara Falls, looks to continue his impressive form against Lanardo Tyner in what is set to be an all action 8 round welterweight bout. Lupia, the 2 x Canadian National Amateur Champion, returned to the boxing ring in July 2022 after a life threating incident in spectacular style. The fan favourite boxer from Niagara Falls doesn’t just bring exciting fights, he also brings with him a loyal crowd who are always out in numbers when he boxes. Lupia will be going head-to-head with Detroit’s Lanardo Tyner.

Tyner, who calls himself the ‘Pain Server’, has 22 wins via knockout. Tyner has shared the ring and gone the distance with the likes of Jessie Vargas, Lamont Peterson and none other than Saul ‘Canelo’ Alvarez. Expect a war in this match that could go either way. 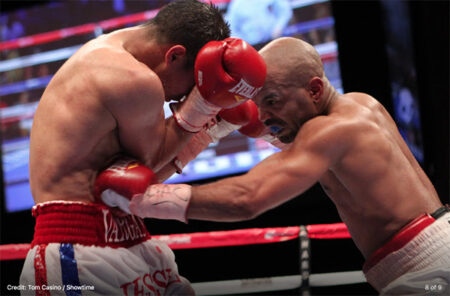 Lucas ‘Prince’ Bahdi (12-0-0 11KOs) will be co-main event against Cristian Bielma (19-4-2 7KOs) of Baja California, Mexico. Lucas Bahdi, who is a 3 x Canadian National Amateur Champion, has recently signed with Lee Baxter Promotions. The undefeated Bahdi has won 11 of his 12 fights by way of knockout. For the first time as a professional, Bahdi went the full distance of 10 rounds in his last bout before being declared the clear winner. Bielma is in a good run of form, in his last 3 fights he has picked up a draw, a win and challenged for the WBO NABO Title.

Mississauga’s Amanda Galle (6-0-1 0KOs) looks to go 8 fights unbeaten. The Canadian Super Bantamweight Champion remains undefeated and showed immense heart her last time out after suffering a broken hand and earning her way to a hard-fought draw, a fight that the fans loved.  As an amateur, Galle was a 3 x Canadian National Amateur Champion as well as being the 4 x Ringside World Boxing Amateur Champion. Galle will be battling it out against Luz Elena Martinez (6-4-0 3KOs) in an 8-round matchup. In her last fight, Martinez just came short in a close decision for the Americas Continental Title. Martinez is also a former WBC International Title Contender.

Highly touted amateur, Moe Zawadi (4-1-0 4KOs), will look to display his skillset in his bout against Marco Parente (1-4-3 0KOs) of Woodbrige, Ontario. Zawadi collected four Canadian national titles as an amateur. On November 19, Zawadi travelled to Washington, D.C. where he got his fourth win, another punch perfect performance. At 21 years old, Zawadi looks to have a bright future ahead of him in boxing. Parente, who is the more experienced professional, is hoping to upset the young prospect.

Canadian Bantamweight Champion, Ross Mylet (7-1-1 0KOs), is back in action. After a draw in May, Mylet looks to get back to winning ways against Eduardo Cruz Munoz (21-17-1 14KOs). The Canadian champion has been working hard with his coach Billy Martin at Hardknocks Boxing Club and is ready to give an impressive display on December 18. Munoz is on a 2-fight win streak with both wins coming by way of knockout, Munoz has also won 14 of his 21 fights within the distance.

The first bout of the event will be a 6-round contest between Uriel ‘Bombardero’ Perez (19-5-0 18KOs) and Roberto Verdugo (10-4-1 4KOs). Perez is a slick, fast handed boxer with devastating power. With 18 of his 19 wins coming by way of knockout, Perez has earned the name Bombardero. Perez, who now resides in Toronto, was scheduled for 10-rounds in his last fight against former WBO World Champion, Maurice Hooker. Before this, Perez knocked out Quebec’s Mathieu Germain, who at the time was the undefeated IBF North American Champion, in the fifth round. In the other corner to Perez will be Verdugo, the former Mexican Super Lightweight Champion.