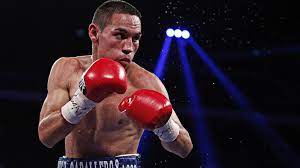 Juan Francisco “Gallo” Estrada, current World Boxing Association (WBA) Super Flyweight champion, expects to be a lot more active in 2022 than he was in 2021. Although, last year he starred in the best fight against Nicaraguan Roman “Chocolatito” Gonzalez, it was his only fight.

“It’s always bad to be inactive for so long. However, we have always been training, because I always had a date first October, then December and now they changed me to March. But I’ve been coming in, so I haven’t been inactive 100%. I hope I fight in March and then see what comes next”, said the Mexican 115 lbs. champion.

The fans are looking forward to the third fight between “Gallo” and “Chocolatito” who in their two bouts have left great sensations and this motivates the Aztec warrior even more. “It’s a fight that people are expecting, the first two bouts were well liked and in the third one I don’t want to leave any doubts. I want to win convincingly,” said Estrada.

The two fights between these boxers have left controversy on a card. The WBA 115-pound titleholder has not been oblivious to this. “The first fight the judges saw him win and the second one saw me win and in both there was controversy. That’s why for the third one I want to be forceful and make it clear who the champion is”.

“El Gallo” believes that the key to success in his career has been discipline and the support of his environment, but admits that the rivalry with Roman has made him a better fighter. He also feels proud to belong to the WBA family, where he was already flyweight champion and now reigns in the super flyweight division.