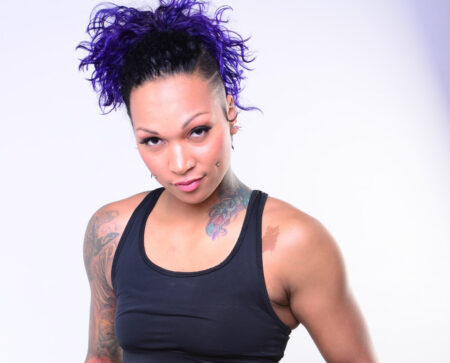 The World Boxing Association (WBA) super lightweight champion, American Kali “KO Mequinonoag” Reis, is on the verge of fulfilling her golden dream and it all begins on November 19 in New Hampshire, where she will fight Jessica Camara from Canada in defense of the pioneer body’s crown.

DAZN along with Matchroom, with Eddie Hearn and Lou DiBella, launched the ROAD TO UNDISPUTED event, which will have its first date on October 30 in London with a showdown between Chantelle Cameron and Mary McGee.

In this new women’s championship, in which four powerful women will be looking to be the undisputed super lightweight female champion, the owner of the black and gold belt, Reis, expressed the importance of this tournament for women’s boxing, since they are not commonly seen.

In a relaxed chat with the pioneer organization, Reis expressed: “I feel very proud to be WBA champion and I want to defend my belt successfully. I am preparing for it. With great enthusiasm, “KO Mequinonoag”, which means “many feathers” or “many talents”, added that she feels very good and solid in the work done with her team and that she spends many hours in the gym. She even defined it as a new marriage.

Reis has shown a boxing maturity with the passing of time. Proof of this was her victory last November 2020, when she unanimously won the WBA 140 belt against Kandi Wyatt. In August she defeated the difficult Diana Prazak when she made the first defense of the WBA belt and added the IBO.

When talking about who will be her first opponent on the road to becoming undisputed, Reis reiterated the words she gave at the opening press conference, referring to the surprise she felt at Jessica Camara’s performance in her last fight against Heather Hardy: “she is really up for this kind of challenge, to go for big things just like me”, and added that although “it is difficult to be nice when you are facing such a competitive commitment, there is a lot of respect and camaraderie between us”.  The WBA champion said she was very excited to be part of this great competitive show, unprecedented for women in boxing.

In addition, this 2021 she had the great film debut by being one of the protagonists of a very special film for her in which violence, disappearance of people and human rights in respect of native peoples in the United States are shown.

“My roots keep me connected to nature and I love it. I believe in a higher, creative energy that connects us to everything. We are all surrounded by good and bad energies. Currently, as part of my preparation, I find myself learning to meditate and stay in the present moment with what is happening around me,” said Reis who in a relaxed manner confessed to not having many problems with food, as her diet has always been plant-based as a way of life.

“Everyone’s goal is to be undisputed, so to be part of this after 13 years in the professional game…This is what I have been fighting for all this time,” said with great excitement Kali “KO Mequinonoag” Reis who will have her next challenge against Jessica Camara on November 19. Canadian Camara last defeated Heather Hardy. She will face Reis, in what will be her first world opportunity, with 8 wins and 2 losses. While Rice has 18 wins, 7 losses and 1 draw.