Kash Farooq at age 26 retires due to health issues 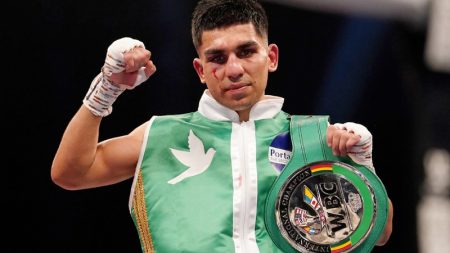 Talented bantamweight boxer and WBC International Champion, Pakistani Kash Farooq, has been forced to hang up his gloves at age 26, due to health issues.

Kash was preparing for a rematch against Scotsman Lee McGregor this year, but the surprise decision was confirmed in a statement from St Andrew’s Sporting Club: “It will be a shock, but due to unforeseen circumstances, we regret to announce that Kash Farooq is hanging up his gloves and is retiring from professional boxing. We are truly honoured to have had the privilege of guiding the bantamweight throughout his career, from his professional debut in October 2015 to his last fight last August.”

Although the champion will not fight again, he will remain in the sport as part of the St Andrew’s Sporting Club team.