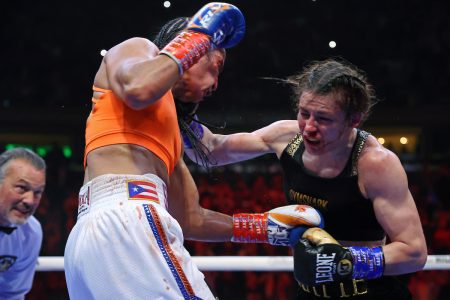 Katie Taylor edged out Amanda Serrano to retain her undisputed Lightweight crown in an epic fight for the ages at a sold-out Madison Square Garden in New York, live on DAZN.

Taylor controlled the opening four rounds but Serrano came on strong in the fifth and had her fans on her feet as she seemed to hurt the Irish legend and the roof came off the sold out arena as they traded heavy blows, but Serrano seemed to be getting on top.

If the fifth round was exciting, the sixth blew it out of the water as Taylor threw everything she had at the Brooklyn ace who fired back in kind. Taylor seemed to regain her composure despite the heavy shots she’d taken as rounds seven and eight came and went with the defending champion picking her shots and trying to resist going toe-to-toe with the heavy-handed Puerto Rican.

Both fighters knew the bout was in the balance and served up a stunning final two minutes, and after the crowd roared their appreciation for being lucky enough to witness an unforgettable and history-making night, it was Taylor whose hand was raised by split decision (97-93, 96-93 and 94-96).

“What a fighter Amanda Serrano is – I think we are both great fighters,” said Taylor. “Look what we have just done, selling out Madison Square Garden, the biggest venue in boxing history.

“Both of us have broken so many barriers in her careers. It feels great to be in this position really! Amazing fight. What a night!

“I knew exactly how deep I had to dig in this fight. I knew going into it that I was going to be in the trenches at some stage. She’s a phenomenal fighter and a great, great person.

“I was listening to my trainer and I’m so grateful for Ross. Thank you for everything. You’re such a humble guy but you’re the best in the world.”

Liam Smith signaled his intentions to rule the Super-Welterweight division once again, becoming the first man to stop Jessie Vargas in a pulsating chief support.

Such was the all-action opening half, Smith was cut in third round over right eye and Vargas cut in the fifth as both men came out firing. The tide began to turn in Smith’s favor as the halfway mark approached and poured on the pressure, landing heavy artillery on the Vegas man who somehow stayed on his feet, surviving an especially sustained attack in the ninth round.

The referee inspected the former two-weight World champion and deemed him ok to carry on, but Smith took up the attack once again and although Vargas gamely tried to stay in the contest, his corner was ready to pull their man out inside a minute of the tenth round before the referee stepped in, crowning Smith the WBO Intercontinental champion and putting the rest of the division on notice.

In the first undisputed fight of the night, all the Super-Middleweight titles will stay in America after Franchon Crews-Dezurn saw off the brave Elin Cederroos. The twice cancelled battle between the pair was well worth the wait, with Cederroos showing immense heart to keep going in the contest despite bleeding heavily from the nose from the third round. Crews-Dezurn outworked the Swede and being roared on by her friend Claressa Shields, the Baltimore star took all the marbles on the scorecards 99-91, 99-91 and 97-93.

It is going to be hard to keep Gamal Yafai away from World title action even this early in his career, as the British Olympic Gold medal man took just two rounds to dismantle Miguel Cartagena and successfully defend his WBC International Super-Flyweight title in his second pro fight and first on American soil.

The early action in the night saw Austin ‘Ammo’ Williams show more of his trademark ferocity, pummeling the unbeaten Chordale Booker into the ropes and nearly out of the ring – and after taking a count, the Connecticut man was in no condition to continue, Ammo recording the fifth first round stoppage win of his career and sending out a warning to the Middleweight division 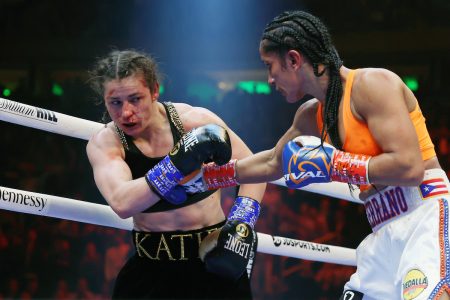 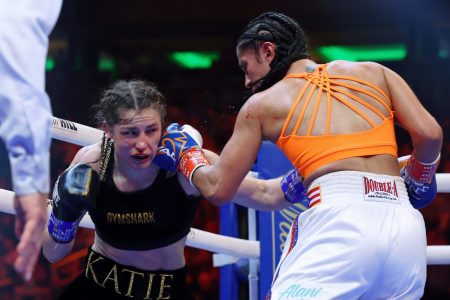 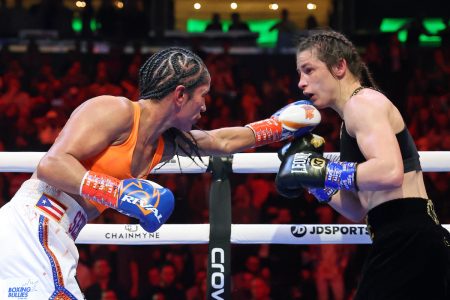 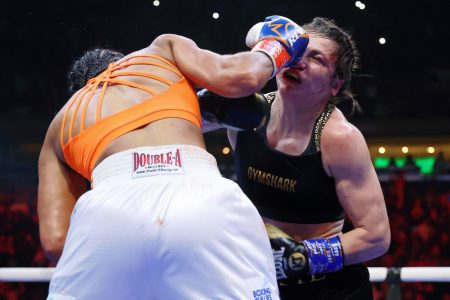 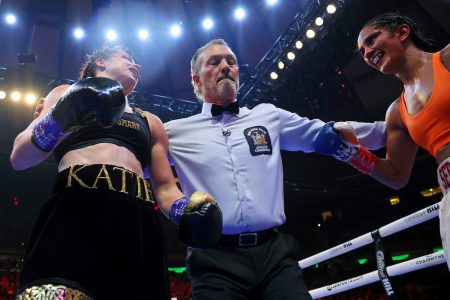 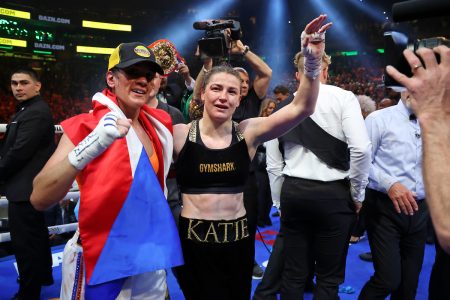 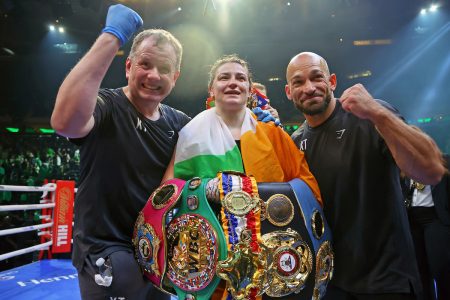 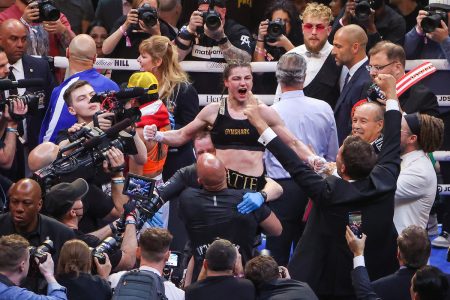 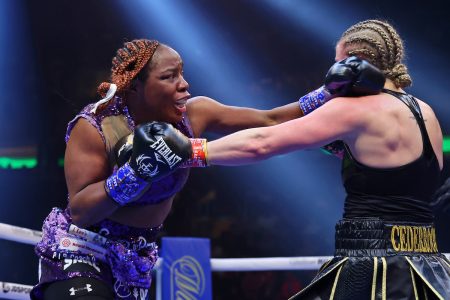 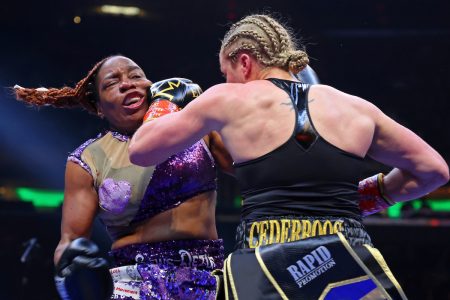 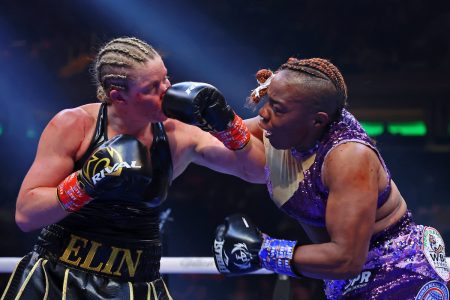 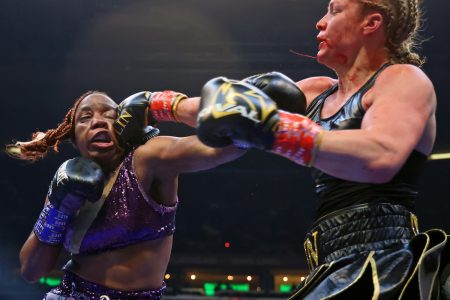 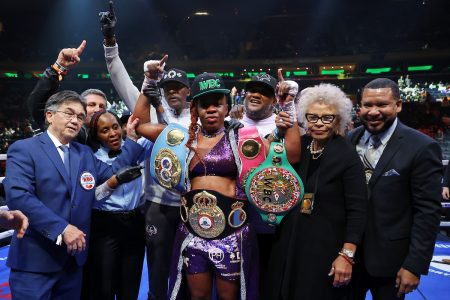 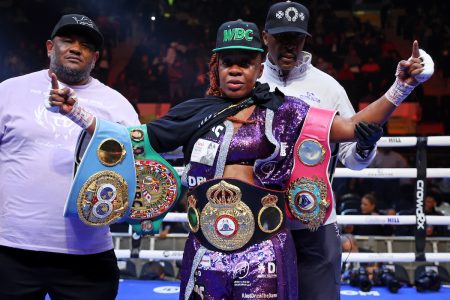