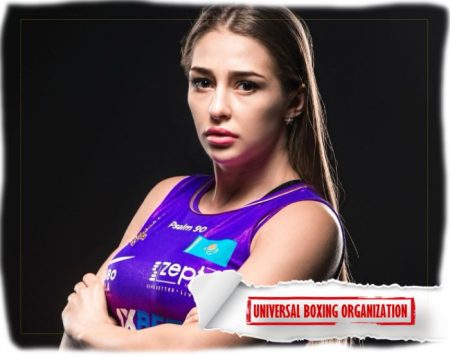 On October 2 at the Baluan Sholak Sports Palace in Almaty, the 25-year-old will take on an opponent to be decided for the vacant title, in what is the first big step in her being fast-tracked towards a world championship fight, perhaps already next year.

Lukas (1-0) turned professional last December, and has since been focused on taking a major leap already in her next outing, which is now confirmed for October 2.

A big star in her country, Lukas adorned the cover of Playboy Kazakhstan earlier this year, and her UBO title fight is expected to draw major attention.

Promoted by Boxing Stars Management, Lukas vs. TBA for the UBO International Bantamweight title, and other interesting fights on the card featuring the likes of comebacking Heavyweight contender Jarrell Miller, will be televised by ESPN+.