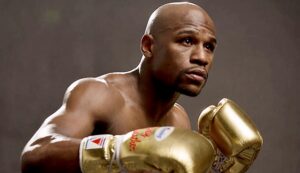 Floyd Mayweather discussing who really the greatest was in the history of boxing (Shannon Sharpe on Club Shay Shay).

“Is Ali the same fighter that got beat by a fighter with seven fights? Leon Spinks beat Muhammad Ali when he only had seven fights. What’s the heavyweight guy that Ali fought three times, Ken Norton? Ken Norton really beat Ali three times, go back and look at the fights.”