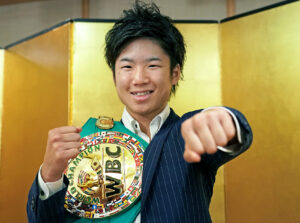 This will be 29-year-old Teraji’s ninth defence of the title he won by defeating Mexican Ganigan López in May 2017. “Ken” is keenly focused upon total  preparation, led by his father, Hisashi, for this important fight at the BMB gym.

He has built a record of 18 wins, including 10 knockouts, while Yabuki, who will get his first title shot, has a record of 12-3 and 11 knockouts.

The fight will be presented by Shinsei Promotions of Masato Yamashita and will be broadcast on local television.