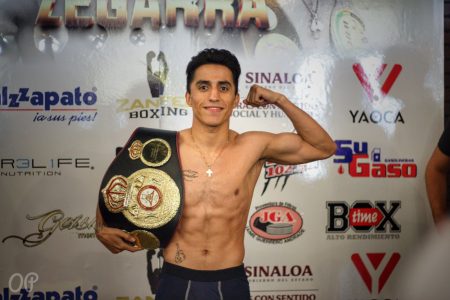 The 24-year-old fighter showed his superiority from the start of the bout against a challenger who tried to stand up but was diminished by the strength of the champion from the first bell. Gonzalez knocked Guzman down twice in the first round and again in the second.

The champion worked comfortably with his combinations and punished the visitor until the third man in the ring decided that the fight should not continue and decreed the victory in favor of “Chacal”, who made the first defense of his crown.