Kubrat Pulev Manager: “Within a Month Prior to the Fight, He Had COVID” 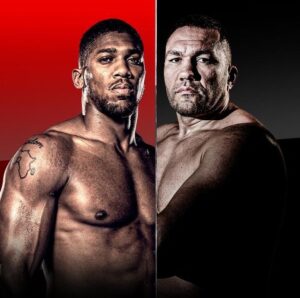 “Within a Month Prior to the Fight, He Had COVID”

“He didn’t really have the power or the strength, nor did he have the sparring that he needed in preparation. Once again, not excuses, just facts, and that’s what happened.

“He says, ‘No, I’m going through with it, I’m going to fight AJ, and I know I might never get a third chance at this fight ever again. It was too much to lose, not fighting for all those belts. He really believed in himself. He had a shot at cracking through AJ and he tried.

“Within a month prior to the fight, he had COVID. He had to alter his training and quite honestly I thought we were going home. Me to the US, him to Bulgaria. He met with doctors and he made a decision. He is standing by his decision. He’s a warrior.

“Look, we’ve always given AJ credit, and I’m giving him credit now, saying he’s a great athletic specimen. He’s fit, he’s physically strong, he can punch, but the weaknesses are obvious. There were glimpses of that when AJ was getting frustrated every time that Kubrat got close and punched him. Kubrat just didn’t have enough. It does take your strength. Kubrat, his X-rays showed he went through a pneumonia stage, but he fought it off and he was there for the fight.”